The OPPO A33, a mid-ranged smartphone from the Chinese brand, unveiled in China at an equivalent price of $235 (RMB 1,499). The new OPPO smartphone comes with metal frame, and glass cover on front as well as back side of the phone. Measuring 7.55mm, it weighs around 146g, and comes in White and Black color options. 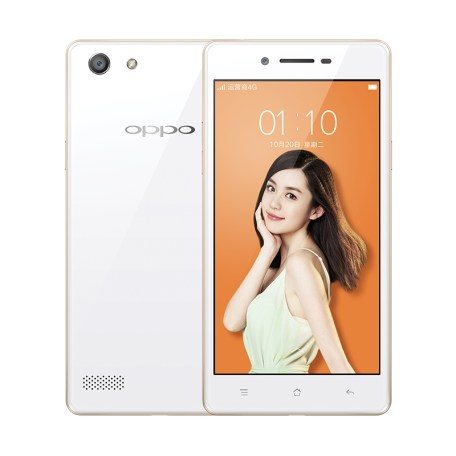 Specification-wise, the OPPO A33 is built around a 5-inch display with qHD (540×960) resolution. Under the hood is a Snapdragon 410 chipset with quad-core processor, clocking at 1.2GHz. In the memory section, you will find 2GB of RAM along with 16GB of expandable internal storage.

The A33 is juiced up by a 2,400mAh battery, and adorns an 8-megapixel rear camera and a 5-megapixel front facing shooter for selfies. It features all standard connectivity options including 4G LTE, Wi-Fi, GPS, Bluetooth, and microUSB.

It is not confirmed whether or not the OPPO A33 will cross the borders. We will keep updating with new stuff, stay tuned.