OnePlus, which has gained huge popularity in its smartphone business with OnePlus One  and OnePlus 2, is now ready to launch its third smartphone, namely OnePlus X. Today, the company has released a teaser with the words “See you October 29” on top. This clearly is a reference to the exact date when the OnePlus X will soon be unveiled in India. The picture in the teaser is a big “X,” which pretty much makes the message clear. 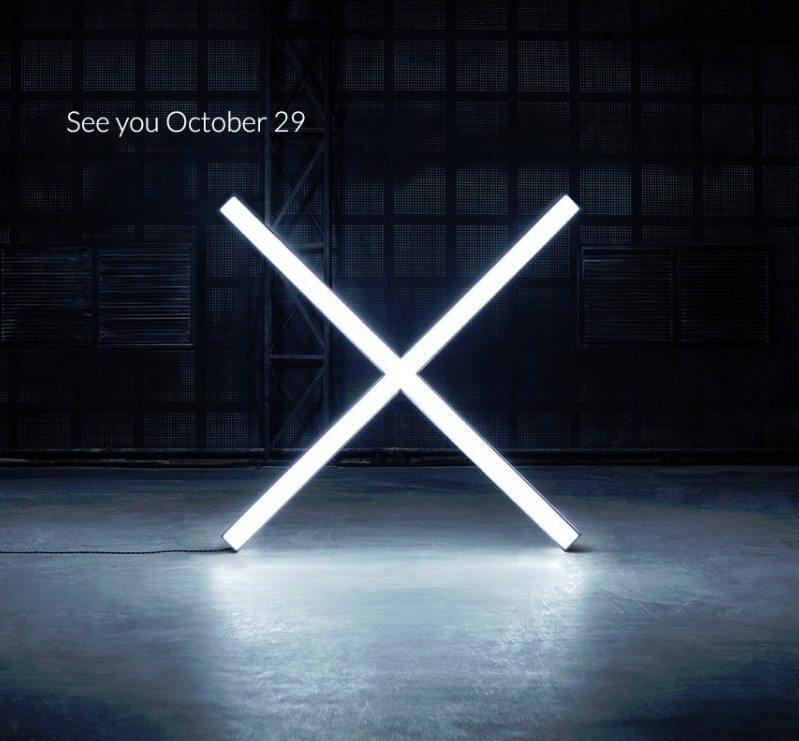 Couple of months ago, OnePlus Co-founder Carl Pei has confirmed the OnePlus X as a device for those who care more about looks than features. So the new phone seems to be more on design side. Specs-wise, the phone is expected to carry a 5-inch display with full HD resolution of 1080 x 1920 pixels. Powered by the MediaTek 6795 chipset with an octa-core processor, it features 3GB of RAM and a 2450 mAh battery. Few rumors also suggest that the phone will be driven by the Qualcomm’s Snapdragon 801 chipset.

The camera department gets a 13-megapixel back camera along with an 8-megapixel selfie snapper. In terms of connectivity, the phone is expected to feature NFC (not available in OnePlus 2), Wi-Fi, Bluetooth, GPS, and 4G LTE support.

Pricing and availability details are yet to be revealed. Hopefully OnePlus will clear all the haze around the OnePlus X on October 29th, so stay tuned.