It looks like OnePlus is keen on expanding its product portfolio quickly. And this time, the company might just use the “Mini” suffix to introduce a compact sized high-end phone in the market. Yes, we are talking about the OnePlus Mini that was accidentally listed on Amazon India in October. The third model has been found listed on GFXBench, and the detailed specs of the smartphone have come to light. 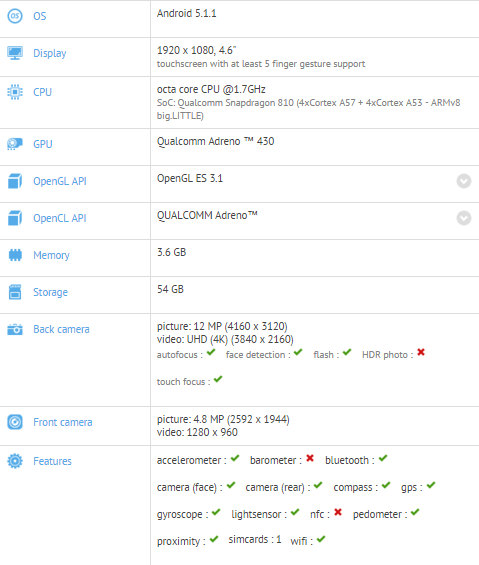 Just like Sony introduces its Compact Xperia phones, OnePlus Mini will similarly come in a small size but with a high-end package. First of all, the Mini comes with a 4.6-inch display with a 1080p Full HD resolution, while the Xperia Z5 Compact still sports a 720p HD screen. Coming to the processor, the OnePlus Mini uses the controversial Snapdragon 810 SoC with an octa-core CPU. There’s a whopping 4GB of RAM and 64GB of internal storage in the phone.

According to the GFXBench specsheet, the OnePlus Mini gets a 12MP rear camera. However, the 4,160 x 3,120 pixels quoted in the details tell us that the phone will instead get a 13MP camera. There’s a 5MP camera at the front. The only detail that is unknown is the battery capacity of the OnePlus Mini.

Nothing else is known about the phone, but we expect OnePlus to make an announcement soon.