OnePlus India has unveiled that the VR (virtual reality) headset will be available exclusively on Amazon India from coming Friday at the price of Rs. 99 (excluding shipping charges). 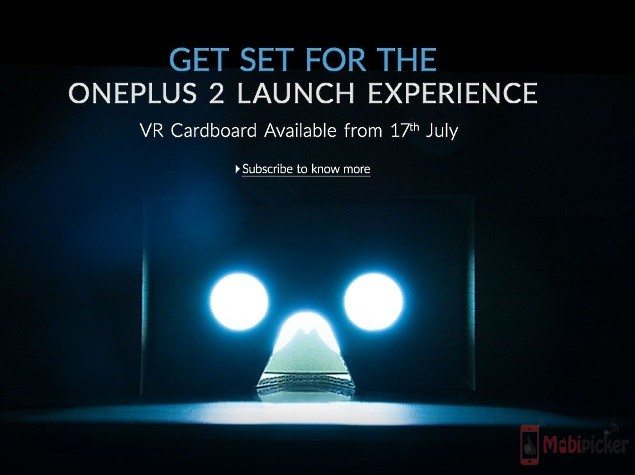 OnePlus cardboard has been custom-made to fit the OnePlus Smartphone which can be put together effortlessly. The Cardboard 2.0 will feature interesting upgrades over the Cardboard and 20% smaller in size than Google’s Cardboard. Though OnePlus cardboard is designed for OnePlus One; it is compatible with devices which have screen size upto 6inches.

OnePlus 2 will be launched on July 27 through a virtual reality event. Almost every minute detail is thrown up in public regarding this new OnePlus 2 smartphone on Reddit Ask Me Almost Anything (AMAA) by the Chinese manufacturer.

According to the information revealed by the company, OnePlus 2 will be compact than its predecessor. However it is not yet clear whether the screen size would also change as a result or not. Powered by 3,300mAh battery it will be running on Oxygen OS stocked as close to Android as possible. Also as per the details available from Reddit’s AMAA, OnPlus 2 will have charging cable in two different lengths viz 5-feet and 3.3-feet.