OnePlus 5 is all set to be unveiled on June 20 12 PM EDT in China as confirmed by emails sent out by the Chinese OEM. And for the folks in India, the special online launch event will take place two days later on June 22 at 2 PM IST. This too was confirmed by OnePlus with a launch invite. 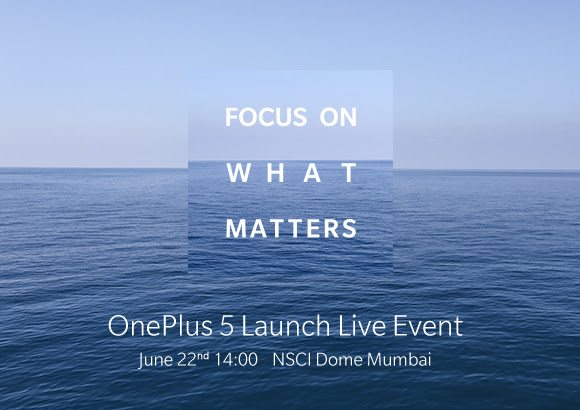 OnePlus 3 and 3T had a great run in 2016, hence the expectations are pretty high from the successor in 2017.

OnePlus has leaked numerous times as part of the marketing campaign, and we have some verified details on the unannounced handset. First up, the new smartphone from Team OnePlus will feature Snapdragon 835 SoC, the latest and fastest from the Qualcomm factory. Second, It will come in either 4 or 5 colors. Two RAM variants of 6 GB and 8 GB are to be unveiled on the announcement day, but nothing has been confirmed on this topic.

OnePlus 5 will retain the same display size of 5.5-Inch with Full HD display resolution. The battery capacity is expected to be increased a little for the new offering.

You can visit the source link mentioned below to learn more about the launch event and also subscribe to have a chance to win OnePlus 5.

Following is a teaser video released by OnePlus today, Enjoy: