We all know that OnePlus will be launching the much-awaited OnePlus 3 this year as their flagship. As per the recent rumors about the device, the specification might be a reality. In addition to an interview given by co-founder Carl Pei in late May, the first indications of the internals that have surfaced today go well in line with today’s standard of high-end phones.

As the Chinese portal Tech.Ifeng.com reported, the OnePlus 3 will be probably presented by the end of May. Specifically, the launch might happen on May 28, 2016, and the phone could go on sale from 6th June. The OnePlus 2 was codenamed
Spring”, so it is highly likely that the “Rain A3000” leaked in the Benchmark listing is none other than the OnePlus 3 itself. 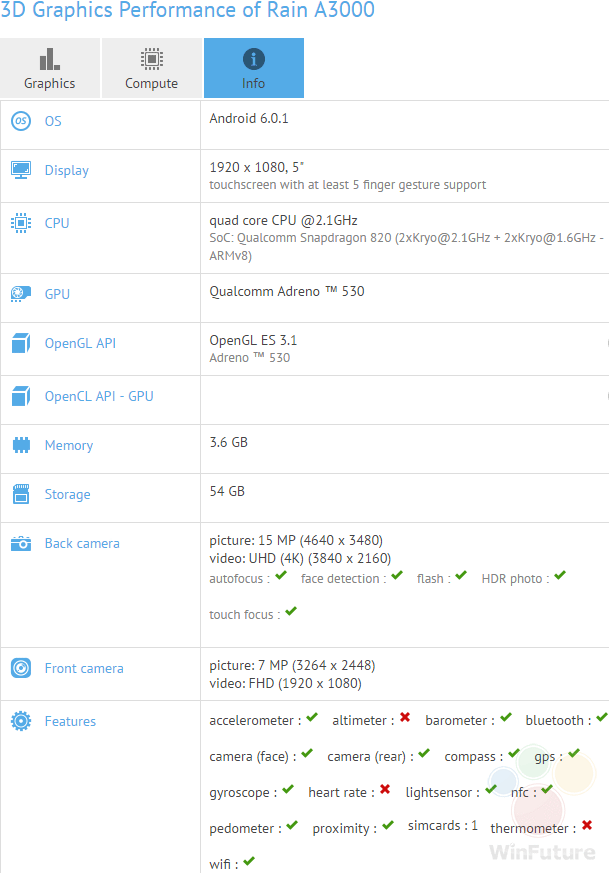 According to the listings, we can expect 2 variants i.e   RAIN A3000 and A3003. In the GFXBench listing, there is now an entry for RAIN A3000 as well. This certifies that the device also has Snapdragon 820 SoC in combination with four gigabytes of RAM. 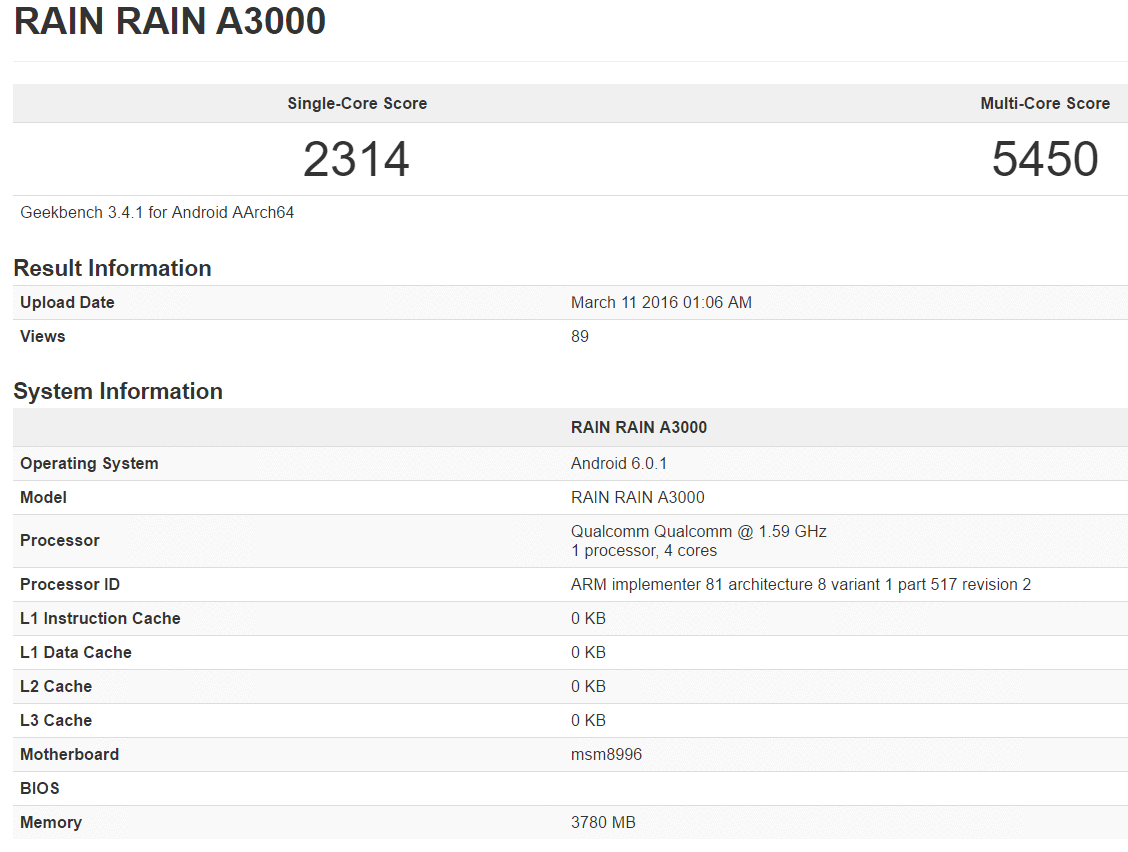 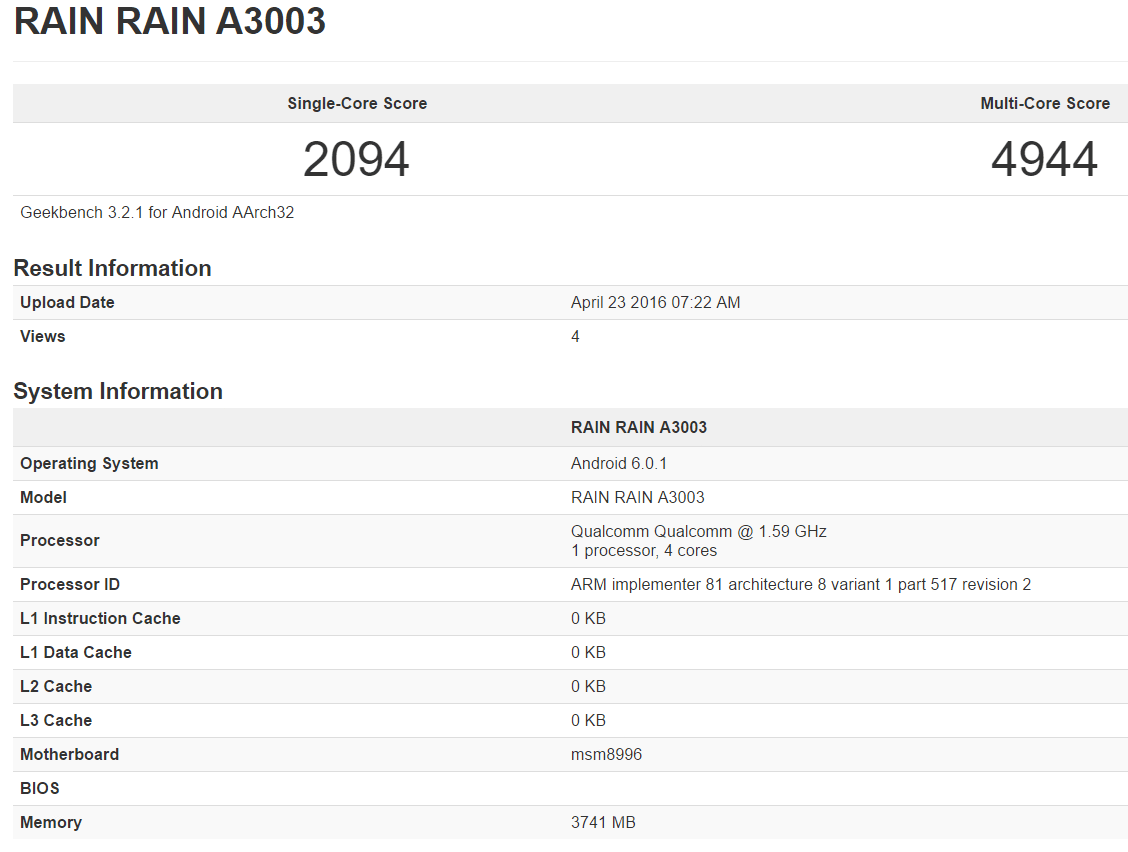 In addition to that, according to the listing, the phone will get 64 GB of internal flash memory and a respectful 16 megapixel camera with 4K video recording on the back with an 8 MP selfie snapper on the front. There’s NFC too along with Bluetooth 4.2. The OnePlus 3 aka RAIN A3000 may come with 5.5 inch HD display, even though we wanted a Quad HD display badly.