MobiPicker
Mobiles Android OnePlus 3 Soft Gold Variant On Sale Via Amazon India at Rs...
Share on Facebook
Tweet on Twitter
Deal Alert: 49% Off on ExpressVPN
Touted as #1 VPN in the world, ExpressVPN is now offering 49% off & an additional 3-months of service on its annual plans.

As per early reports, the OnePlus 3 Soft Gold variant is now available in the Indian market. The ‘flagship killer’ is priced at Rs. 27,999. It is exclusively on Amazon India. On purchase, you will also get 12 months of OnePlus Care complimentary accidental damage protection from Servify, 12 months of double data on pre-paid and postpaid connections from Idea Cellular, and Rs. 500 worth Amazon Kindle credits.

“The OnePlus 3 Soft Gold version has caught the imagination of our Indian fans and we are pleased to bring the popular variant just in time for the festival season. The Soft Gold variant perfectly blends in with the celebratory fervour and is the perfect gift you can give yourself or to your loved ones this Diwali,” said Vikas Agarwal, General Manager, OnePlus India.

The OnePlus 3 Soft Gold variant sports a 5.5-inch Optic AMOLED display with full-HD resolution and Gorilla Glass 4 protection. It is powered by a Qualcomm Snapdragon 820 processor along with Adreno 530 GPU and whopping 6GB of LPDDR4 RAM. It is supported by 64GB of internal storage [non-expandable]. It runs Oxygen OS based on Android 6.0.1 Marshmallow operating system. 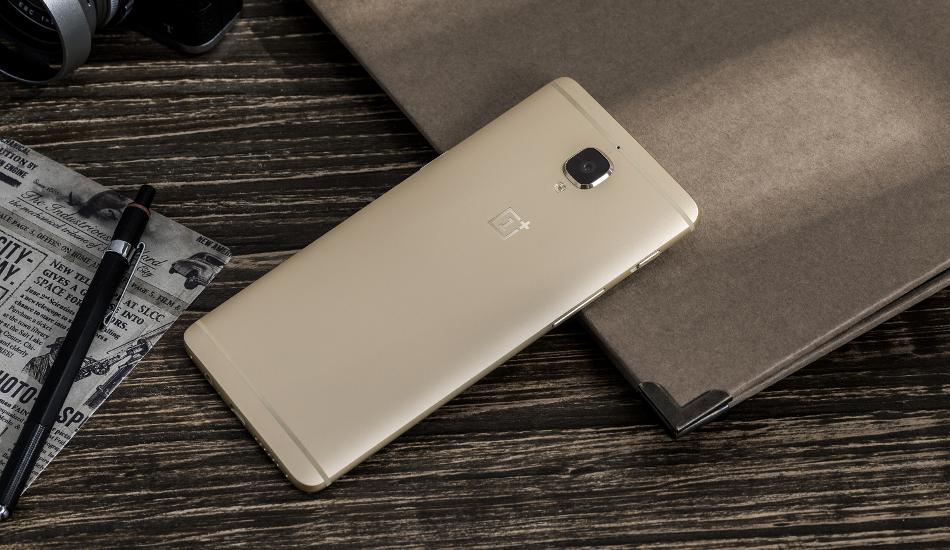 The dual-SIM smartphone includes 4G LTE Cat. 6 [with support for India’s LTE bands], Wi-Fi 802.11ac, Bluetooth 4.2, NFC, USB Type-C port, a 3.5mm audio jack, and GPS/ A-GPS as connectivity options. It is backed by a 3000 mAh Li-Po non-removable battery with Dash Charge technology that claims to charge over 60 per cent of the battery within 30 minutes.

Other smartphone features on the OnePlus 3 Soft Gold variant include a home button with a fingerprint sensor, and capacitive hardware keys, apart from the Alert Slider. Additional sensors on the phone include Proximity sensor, Ambient light sensor, Accelerometer, and Gyroscope. It measures 152.70 x 74.70 x 7.35mm and weighs 158.00 grams.