A few days back, we had told you that the AMD RX 480 price in UK may go up to due Brexit. Well, the Pound is falling down and price increases are obviously expected, but we surely had not expected it for the newly launched OnePlus 3. Today, the company announced through an official forum post that the OnePlus 3 price in UK will increase next week due to Brexit.

Over the past two years, the Pound has fallen down severely. OnePlus said that they tried their best but can no longer hold on to the original price. Therefore, the company has been forced to reevaluate the price of the OnePlus 3 in the UK as the demand for the mobile is quite high these days. 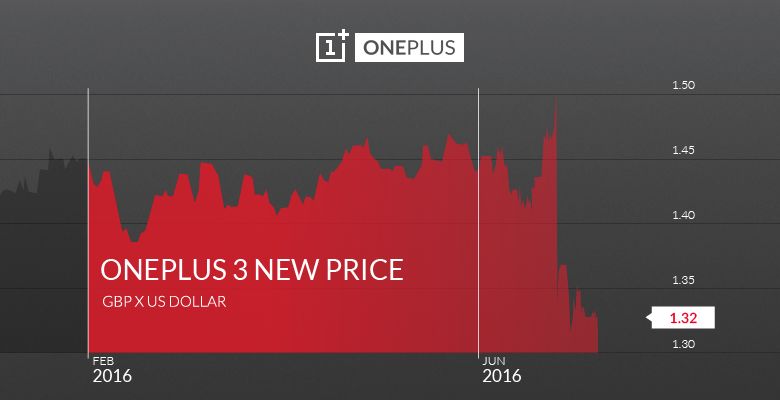 As said in the forum post, the profit margins are very low and are getting affected due to the unstable markets. This is why the OnePlus 3 pricing in the UK is going to be increased from 11th July. From next Monday, the phone will cost £329 in the United Kingdom, while the current price is £309.

Well, that’s a significant increase in the price, but what’s good is that at least the company has given us some days to buy the phone at its original price before the new pricing is applied. Of course, the accessories will remain at their original prices. So if you are in the UK and are thinking to buy the OnePlus 3, don’t think anymore and just grab it before the price raise. Blame it on Brexit!