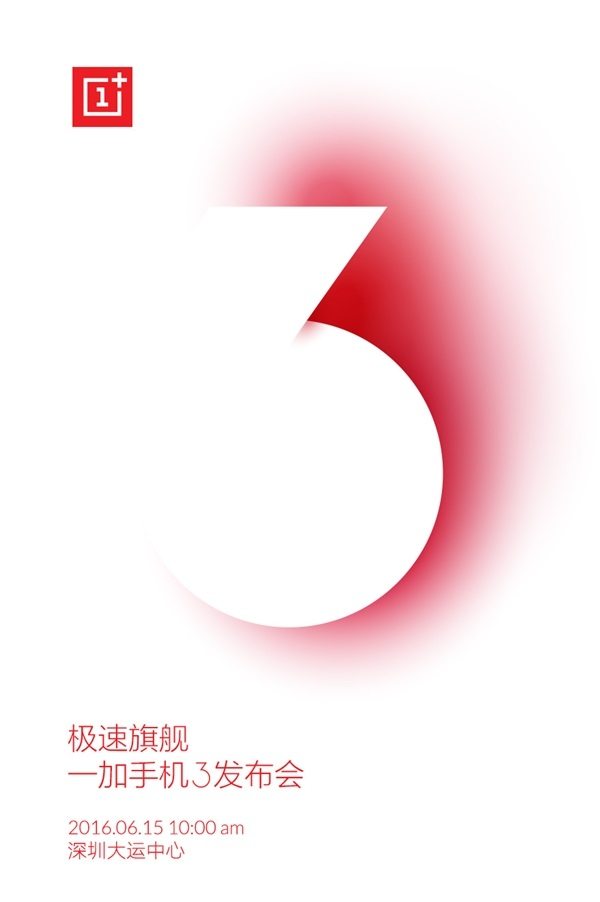 On 15th June, the launch event of the next OnePlus flagship will kick off at 10AM local time and will be held at Shenzhen Universiade Center. Along with the image, the company also posted that after the 15th June launch, the phone will go on sale the next day itself, that’s 16th June. Of course, the phone will be available in China first and will reach other countries slowly after.

OnePlus 3 is expected to get launched with Snapdragon 820 and 4GB/6GB RAM with 64GB internal storage. Previous leaks have suggested a 5.5-inch Full HD screen. 3000mAh battery, 16MP rear and 8MP front camera, Android 6.0.1 Marshmallow, and 7.3mm thickness. It is being said that the phone might be priced around CNY 2199 ($333).