MobiPicker
News OnePlus 2 and OnePlus X Now Available Invite-Free
Share on Facebook
Tweet on Twitter
Deal Alert: 49% Off on ExpressVPN
Touted as #1 VPN in the world, ExpressVPN is now offering 49% off & an additional 3-months of service on its annual plans. 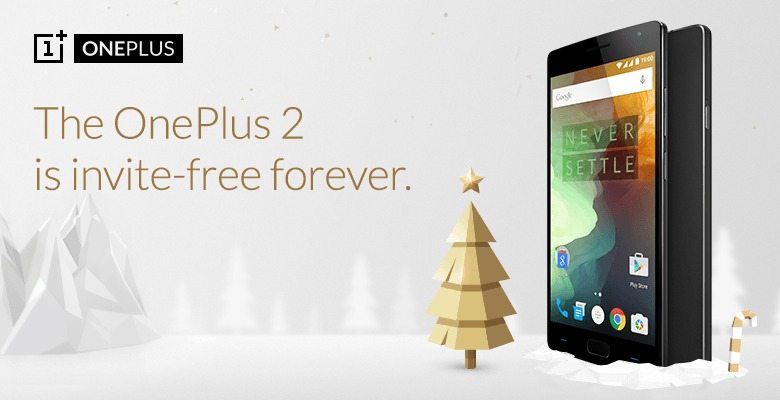 OnePlus also guarantees that the orders placed on or before December 7th, will be fulfilled before you celebrate the Christmas.

For those who are not aware, the OnePlus 2 features a 5.5-inch FullHD display with Corning Gorilla Glass 4, and is powered by the Qualcomm’s Snapdragon 810 chipset. It features 5MP front-facing shooter along with a 13MP primary camera. It comes in two storage options – 16GB internal storage space with 3GB of RAM, and 64GB storage with 4GB of RAM.

One the other hand, the recently released OnePlus X sports a 5-inch FullHD display, and is driven by the Snapdragon 801 SoC (found in OnePlus One). It comes with an 8MP front camera and a 13MP rear snapper. It is available with 16GB internal storage and 3GB of RAM.