Things are getting really intense in One Piece as Luffy is currently struggling against Katakuri. The strongest Sweet Commander is just too much for him to handle and he just can’t land a punch on him. Luffy has been trying his best to protect his crew and his ship, but Katakuri keeps on pinning him on the ground. In addition to this, Big Mom is currently about to reach The Thousand Sunny, and the Straw Hats have nowhere to go. However, it seems that Luffy might be able take down Katakuri after finding his weakness.

Currently, The Thousand Sunny is being approached by Big Mom who is riding on a massive wave of Homies. Just when Nami was about to shatter the mirrors, as per Luffy’s orders, Carrot pointed towards Big Mom and the whole Straw Hat crew was left in shock. Although they can use Coup de Burst again to escape, but as Nami claimed at the end of the chapter that they’re done for, it seems that using it will be pointless. One thing to keep in mind here is that Big Mom is actually after the wedding cake, and she thinks that the Straw Hats have hidden it on The Thousand Sunny. If Big Mom catches up to them and finds out that there is actually no cake on the ship, her attention could shift towards Perospero as he lied to her. 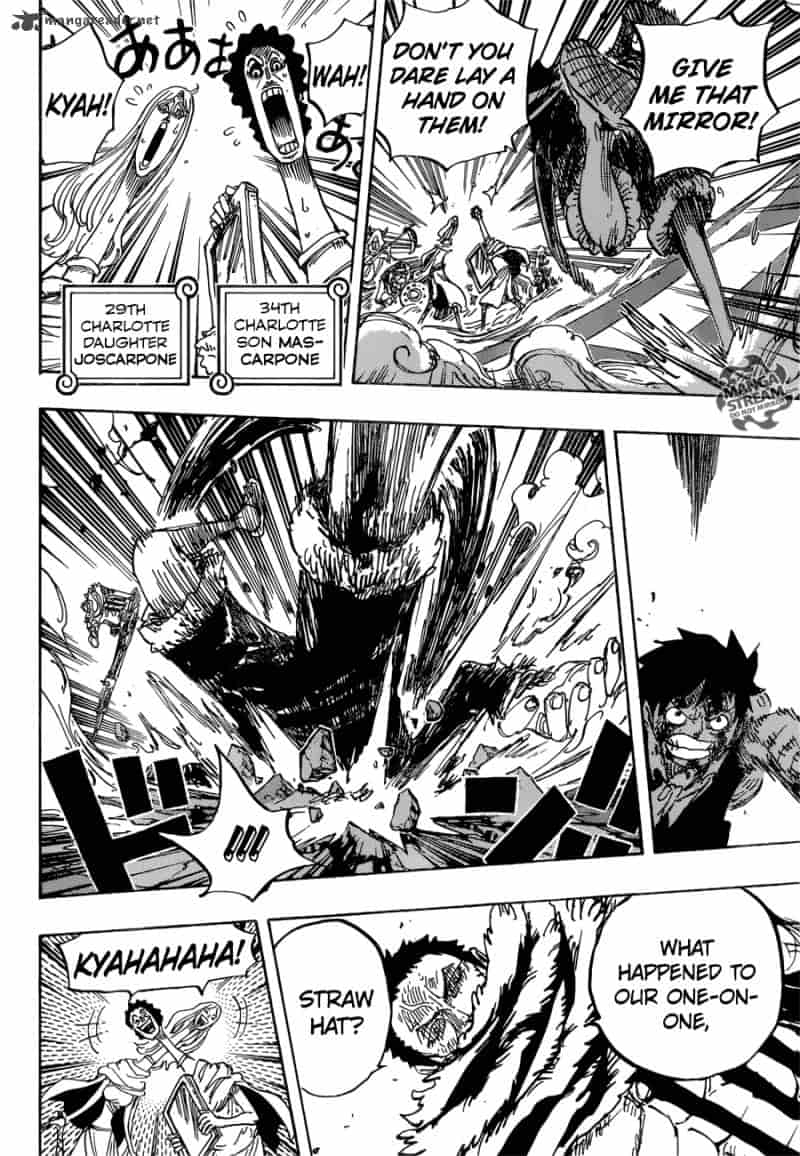 On the other hand, Luffy is having a really hard time against Katakuri. The Sweet Commander of the Big Mom Pirates is basically copying every move of Luffy and is delivering it right back at him but with more power. Although Luffy is struggling to stand up against him, but we all know that Katakuri will have some sort of weakness. Cracker, another Sweet Commander who Luffy previously faced also had a weakness, which was water. And now, a theory suggests that Katakuri’s weakness is actually fire or heat, as his mochi is like food. This indicates that if Luffy manages to deliver a powerful Gomu Gomu no Red Hawk, then he might be able to defeat Katakuri after all.

One Piece chapter 881 is currently expected to arrive on October 9, 2017. Be sure to let us know how you think Luffy will defeat Katakuri in the comments below.