One Piece chapter 876 was out last week and the next chapter will arrive after a few days. The previous chapter has left fans wondering what will happen next as it showcased how the Straw Hats are currently fighting against the Big Mom Pirates. While fans wait for the next chapter to arrive, major spoilers regarding it have surfaced, which give us an idea about what we can expect to see in One Piece chapter 877.

In the next chapter of One Piece, Brook and Chopper are going to have a really hard time against the Big Mom Pirates. Right after the Big Mom Pirates realize how much soldiers the two Straw Hats managed to take down, Perospero is going to trap them. It is said that he is going to cover the bodies of both Brook and Chopper in candy, and once it has fully covered them, they won’t be able to breathe anymore. While Perospero will be busy laughing at Brook and Chopper because of how the two are screaming, Katakuri will warn him that their allies will arrive soon. Suddenly, to everyone’s shock, the Straw Hats will arrive. 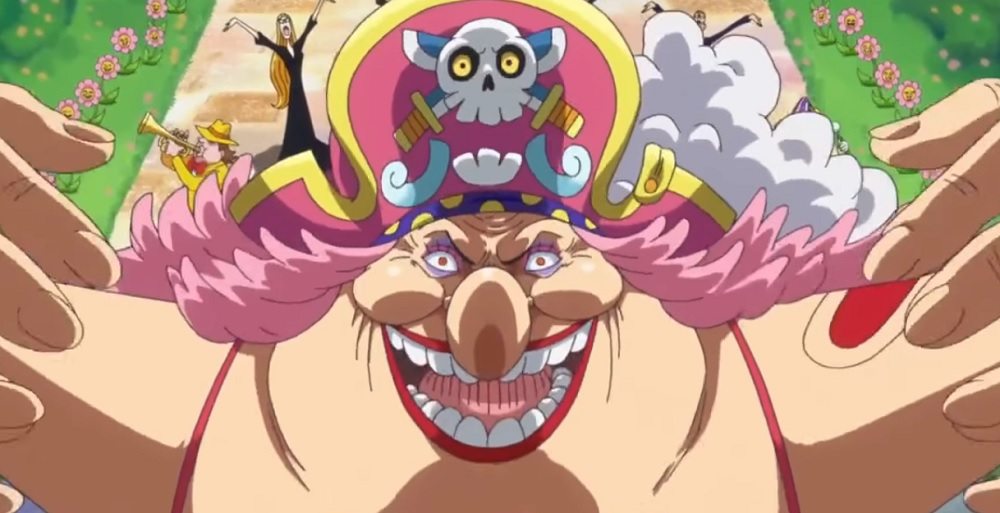 Although Luffy and the others will arrive in time to save Brook and Chopper, they will be still chased by Big Mom, who is currently a really big threat. Perospero will try to stop Luffy by attacking him with a huge candy ball, but Luffy will break through it by using Gomu Gomu no Red Hawk. Katakuri will then step up and engage in a battle against Luffy. Luffy will deliver a number of punches, but they will have no affect on Katakuri as he will turn his body into mochi. After fighting Katakuri for a few minutes, the remaining Straw Hats will get on the Sunny. Just when they are about to leave, Perospero is going to try to stop them, but will be attacked by Pedro. Although Pedro will be knocked down as Perospero will easily counter his attack, Pedro will reveal the bombs he has in his jackets and will explode. Everyone will watch in shock as the explosion occurs.

One Piece chapter 877 arrives on September 4, 2017. Be sure to share your thoughts in the comments below.