So without any further due, here is what happened in the previous chapter along with what is expected to happen in One Piece chapter 875.

In One Piece chapter 874, Big Mom managed to catch up with the Sanji Retrieval Team with Zeus and she then attacked King Baum with the sword form of Napoleon. Badly injured, Baum begs Big Mom to have mercy, but Nami quickly reminds him of his fiance, Lady Tree. He then decides not to die here and keeps on going forward, while Big Mom prepares to attack another time. Just when Luffy was about to fight back, Nami came up with a brilliant plan. She managed to create thunderclouds by using Clima-Tact, which attracted Zeus and he even started to eat them. Because of Zeus, who was busy eating the thunderclouds, Big Mom missed her attack. 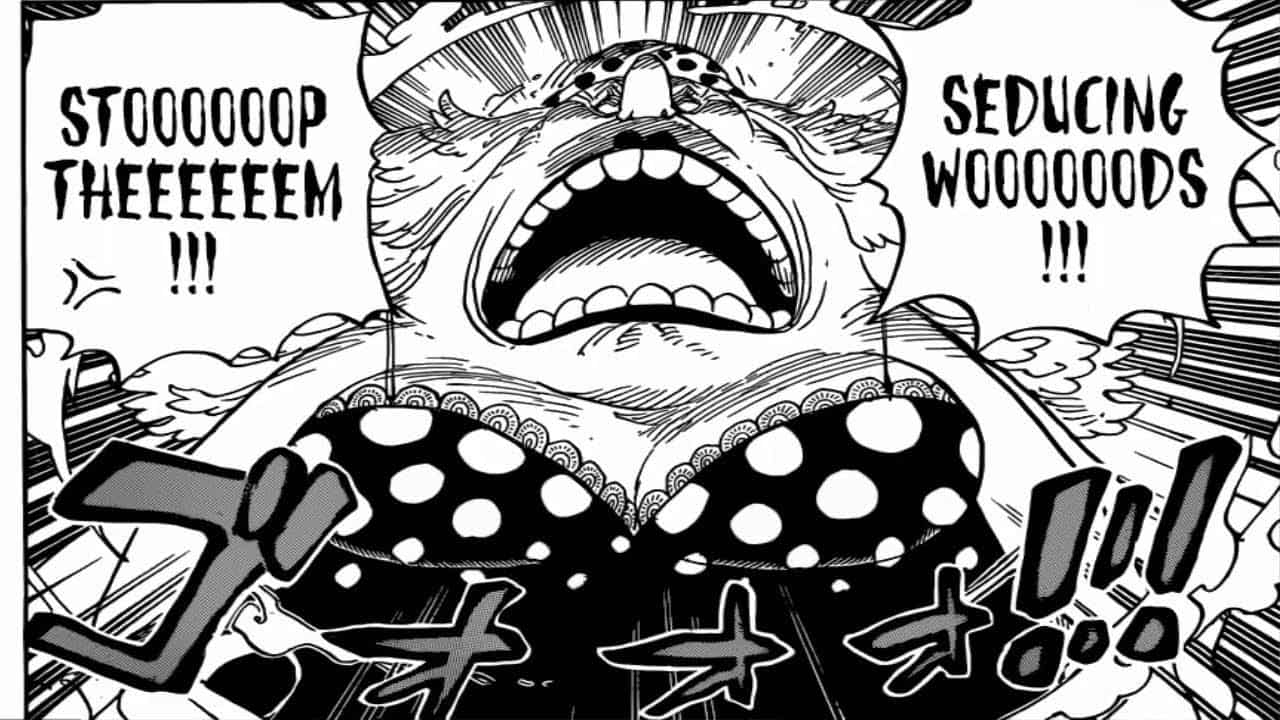 Seeing King Baum coming through, the homies made way for him and Luffy saw the Thousand Sunny. Zeus then came close to Nami and asked her if she has any more thunderclouds, to which she replied by saying that she will make him as many thunderclouds he wants if he becomes her servant. While Zeus was choosing between Big Mom and the thunderclouds, the Yonko screamed and told the homies to close the path they made, but King Baum was still determined to break through them. However, Prometheus then slammed on King Baum, setting Baum and majority of the seducing woods on fire. Katakuri on the other hand, was waiting around the Thousand Sunny so he can trap the Sanji Retrieval Team when they arrive.

Now, in One Piece chapter 875, rumor is that Nami is going to somehow make Zeus join their side through which the Sanji Retrieval Team will escape easily. On the other hand, Lady Pudding is going to betray Big Mom once again as she is currently convincing Chiffon to help her make the cake so she can save Sanji and his friends. Whatever the case is, the next chapter of One Piece is definitely going to be an interesting one.

One Piece chapter 875 is not going to be released next week, on August 14, as the author is going to take a short break. Instead of it, the chapter will arrive on August 21, 2017. Let us know if you’re excited for it or not in the comments below.