One Piece chapter 869 was released a few days ago, meaning that fans are now eagerly waiting for the next chapter to arrive. The previous chapter was a rather interesting one as we got to see how Bege managed to transform himself into a huge fortress, the Big Father, and how everyone took shelter in it. However, the Big Mom pirates surrounded the fortress, thus leaving no place for the alliance to escape. Along with this, Big Mom also got back to her senses and she is now looking for some sweet revenge.

So without any further due, here is what happened in the previous chapter along with what is expected to happen in One Piece chapter 870.

In the previous chapter of One Piece, before they could enter Big Father, Nami, Carrot and Chopper were captured by the members of the Big Mom pirate. However, the Vinsmoke family decided to put their raid suits on and saved them, thus returning the favor. They all then returned to the Big Father safely. But things weren’t still good for them as the Big Mom pirates surrounded the Big Father and started attacking it. They attacked it so many times that it couldn’t even move. To make things worse, Big Mom regained her senses. She then started attacking Big Father while demanding answers from Bege regarding his betrayal. 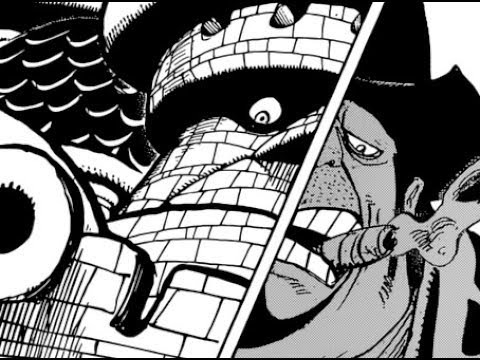 Germa 66 To Fight Big Mom In One Piece Chapter 870

Now that Big Mom has regained her senses, the alliance is currently put into a difficult situation. They currently don’t have any escape route, so the only option they have is to fight their way through. But they all are aware of the fact that they’re dealing with a Yonko, so they will have to be really careful in taking every step. Germa 66 is also currently said to fight against the Big Mom pirates.

Germa 66 consists of powerful soldiers, but will they be enough to hold back the Big Mom Pirates? In addition to this, to return Sanji’s debt, the Vinsmoke family will also go out and face the Big Mom Pirates. It is said that Big Mom will set her eyes on Reiju and will attack her. But before her attacks land on Reiju, Luffy and Sanji will jump out from Big Father and attack Big Mom, thus shocking everyone.

One Piece chapter 870 will be released on July 3, 2017. Let us know if you’re excited for it or not in the comments below.