One Piece chapter 855 was released a few days ago, and fans are now eagerly waiting for the next chapter to arrive. The previous chapter was a rather amazing one as Sanji finally decided to leave everything behind to find his friends. The latter even managed to find his captain at the end of the chapter, and he is now expected to tell Luffy everything.

So without any further due, here is what is expected to happen in One Piece chapter 856.

Currently, it is said that Sanji and the Straw Hat Pirates are now ready to put a stop to Big Mom’s evil plans. Rumor is that Sanji will tell Luffy everything, and his captain will then offer his help in saving his family from getting slaughtered by the hands of Big Mom. It was previously revealed that Big Mom plans to massacre the entire Vinsmoke family after the wedding so she can get the clone army under her control. Sanji got to know about it while Pudding was talking to Reiju. As Sanji is not the kind of man who would leave his family behind, he will most probably ask for Luffy’s help in saving them. 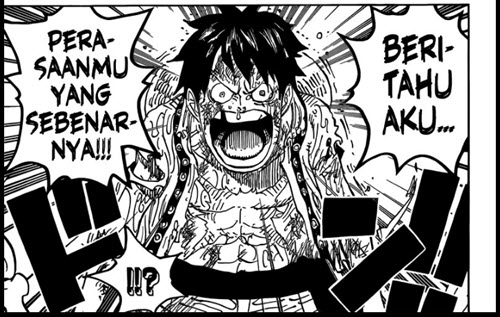 The Grand Fleet To Help Luffy Out

Many fans are currently wondering whether Sanji and the rest of the Straw Hat Pirates will manage to take Big Mom down or not. The Straw Hat Pirates are strong, but they are currently no match for the emperor, Big Mom. Because of this, speculations are that many of Luffy’s allies are going to make an appearance, and will help him in taking Big Mom down. The chances for this to happen are high considering the fact that his allies have his Vivre card. If this turns out to be the case, then the first ones to come to Luffy’s aid will be the Grand Fleet. If the Grand Fleet joins the Straw Hat Pirates in their battle against the Big Mom Pirates, then it will be easier for Luffy to reach Big Mom.

Star Hat Pirates And The Vinsmoke Family To Form An Alliance?

Another possibility is that after teaming up with Luffy, Sanji will tell his family about what Big Mom is planning to do. And if his family believes him, then an alliance between the Vinsmoke Family and the Straw Hat Pirates against Big Mom will be formed. Jinbe is also currently expecting to help Luffy out.

One Piece chapter 856 will be released tomorrow, on February 20. Let us know if you’re excited about it or not in the comments below.