One Piece chapter 848 was released a few days ago, meaning that fans are now eagerly waiting for the next chapter to arrive. The previous chapter was a surprising one, as Lady Pudding was seen acting strangely.

Here is a short recap of One Piece chapter 848 and spoilers of chapter 849.

In One Piece chapter 848, a tragedy happened. At first, Big Mom was seen excited because of the cake she will eat during the wedding celebration. However, she was sure in for a surprise as some of the members of Sanji’s retrieval team were planning something else. It was later revealed that Brook and Pedro managed to enter the Treasure Room. Brook managed to get inside the room after Pedro defeated the guards outside. He later defeated the guards inside the treasure room by using Screaming Soul. Charlotte Smoothie on the other hand, noticed that Pedro was acting as a decoy, so she started focusing on Brook and guarded the only way out of the Treasure Room.

Brook And Smoothie To Fight In One Piece Chapter 849 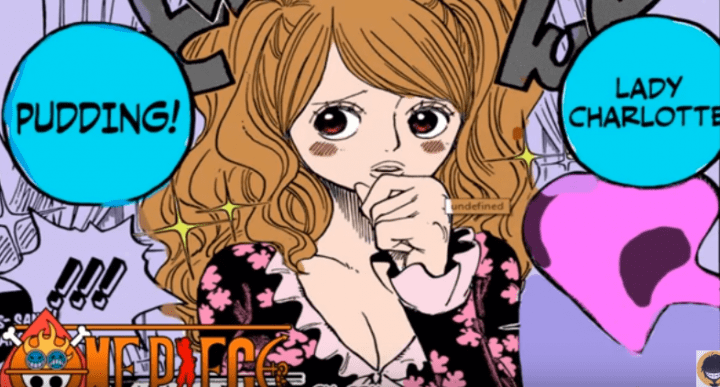 On the other hand, Sanji was seen feeling down because of his friends getting captured by Big Mom. After thinking a lot, he later admitted that he is indeed in love with Lady Pudding, but he isn’t ready to marry her. Afterwards, we were able to see some flashbacks in which Lola told Pudding to not worry as Big Mom will never think about killing her. Lola also promised Pudding that she won’t let her life get destroyed as she will decide who she will marry. Pudding then visits Nami and Luffy, who are currently locked up. She apologizes for everything and tells Luffy that she won’t marry Sanji and will save his life. Later, she says farewell to Luffy and whispers something in the guard’s ear. The chapter ends with Pudding making everyone emotional.

Laddy Pudding To Commit Suicide In One Piece Chapter 849

Now, because of what Lady Pudding did, rumor is that she will commit suicide in One Piece chapter 849 and will save Sanji from the trouble of marrying her. There is a big chance that this will happen as she currently thinks that Lola is dead and she won’t come to save her.

One Piece chapter 849 will be released sometime in this week. Let us know if you’re excited for it or not in the comments below.