One Piece chapter 845 was released a few days ago, meaning that fans are now eagerly waiting for the next chapter to arrive. The manga is getting exciting day by day as we’re getting close to the day when the fate of Sanji will be revealed. Currently, the Big Mom Pirates are heading towards Luffy to put an end to his life, while Sanji is trying to make a big sacrifice to save his friends.

So without any further due, here is a short recap of One Piece chapter 845 and spoilers of chapter 846.

In the previous chapter, Sanji and the rest of the Vinmsoke family reached the place where the wedding will take place. Big Mom welcomed them and then started discussing their alliance with Sanji’s father. Later on, Pudding tells Sanji that they need to talk in private and the two then go somewhere.

Sanji tells pudding that he is suffering a lot because of this wedding. Because of him, the lives of his friends are in danger. If he escapes, his father will do something bad to his friends. But if he goes on with the wedding, his very own life will be destroyed but his friends will be saved. Seeing Sanji in depression, Lady Pudding tells him that it’s not all that bad. She makes a promise to him that his life won’t become hell after he marries her. 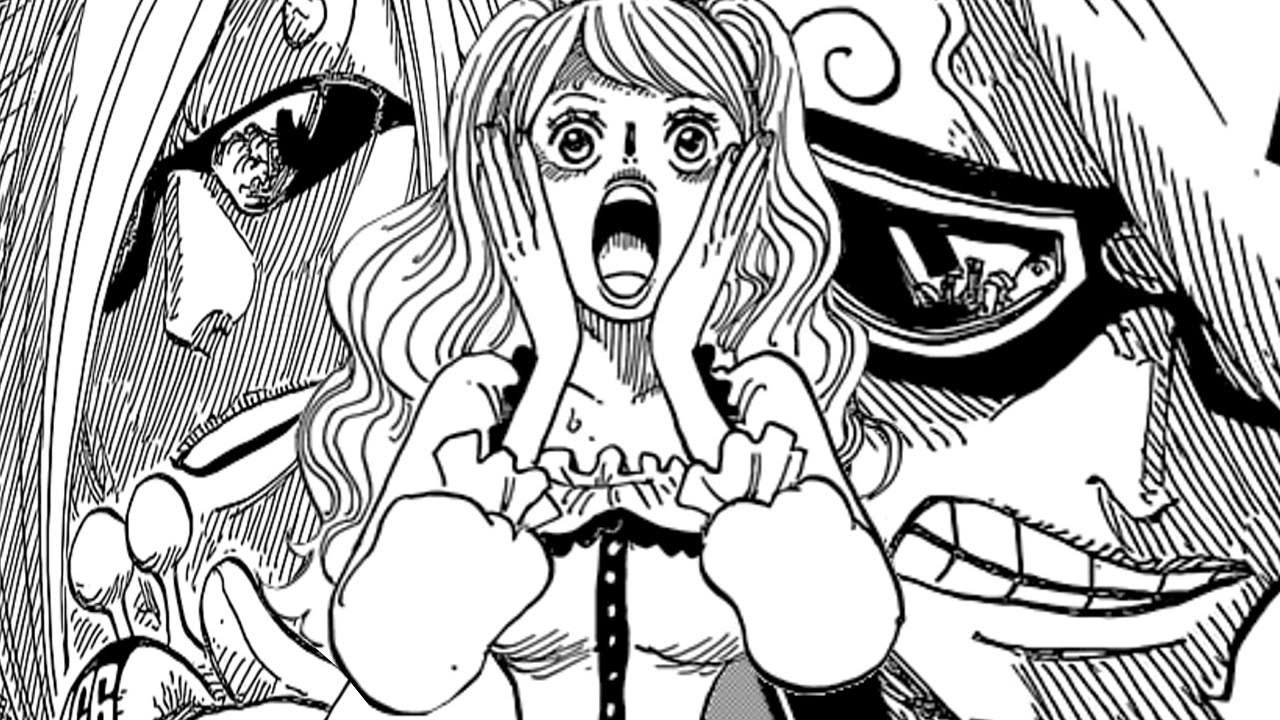 On the other hand, the army of Big Mom is about to reach the place where Luffy is standing. As we all know, a fight between Luffy and Sanji took place some time ago, in which Luffy didn’t fight back. After the fight, Sanji went on his way while Luffy told him that he won’t move a muscle until he comes back for him. Just like he said, Luffy is still standing where he was, while Nami is begging him to just move a little bit so they can hide from Big Mom’s army. However, Luffy isn’t paying any attention to what Nami is saying and is standing still.

Luffy And Nami To Get Captured In One Piece Chapter 846

Now, as Luffy isn’t going anywhere and Big Mom’s army will soon confront him, rumor is that they will manage to capture him. Luffy promised Sanji that he won’t fight anyone, so he won’t go head to head with Big Mom’s army. Nami will without any doubt, try her best to protect Luffy from Big Mom’s army, but she won’t do any good. They will capture the two and will bring them to Big Mom, who is eagerly waiting to end the life of Luffy.

Along with this, Sanji will also make a big sacrifice by marrying Lady Pudding. He knows that if he marries her, his friends will be saved. However, he is sure in for a surprise as Big Mom is planning something else. Now the question in everyone’s mind is will Sanji find about what Big Mom is planning to do? If he does, will he save his friends or will he go on with the wedding? All will be revealed in the next chapter of One Piece.

One Piece chapter 846 will be released sometime this week. The chapter will focus on how Big Mom’s army will mange to capture Luffy and Nami, and what Sanji will do after knowing what happened.

Let us know if you’re excited for One Piece chapter 846 or not in the comments below.