One Piece chapter 843 was released yesterday, meaning that fans are now eagerly waiting for the next chapter in the critically acclaimed manga series to arrive. In only a short period of time, many rumors regarding what will happen in the next chapter came forward, which have given an increase to its hype.

Currently, there are rumors claiming that Sanji will clash with Luffy in the next chapter, and the escape might not happen at all. Big Mom is also expected to go wild after learning about Cracker’s defeat. Without any further due, here is a short recap of One Piece chapter 843 and spoilers of chapter 844. Keep in mind that the following recap contains the major spoiler, so proceed at your own risk.

Big Moms Gets Furious After Learning About Cracker’s Defeat

As we all know, a fight between Luffy and Cracker took place some time ago. The fight lasted for a few hours, and Luffy emerged victorious in it. With the help of Nami, who used rain to make Cracker’s biscuits soft, Luffy defeated Cracker and sent him flying by using his signature attack, Gomu Gomu No Bazooka .

After his defeat, Cracker was seen flying towards the end of the sea. However, he actually landed in Big Mom’s Castle, after flying all the way from the Seducing Woods, where the battle between Luffy and Cracker took place. His three siblings, Charlotte Mont’ D’Or, Charlotte Galette and Charlotte Opera were the first one to see Cracker in his worst condition.

After seeing their brother beaten up so bad, the three siblings promised him that they will take revenge for what Luffy did. Now, in One Piece chapter 844, the three will most probably report this matter to Big Mom, who will order her commanders to hunt Luffy down and bring him back to her so she can rip him apart. Aside from this, Big Mom is also expected to get mad at Cracker because he got defeated by Luffy. Big Mom might end up destroying half of her castle over this.

Sanji Clashes With Luffy In One Piece Chapter 844

After his battle with Cracker, Luffy got exhausted and decided to rest for some time. While he was resting, Nami and Chopper were discussing how they can crash the wedding and save Sanji from the hands of Big Mom. Nami was using her mirror to communicate with Chopper, which later disappeared.

Afterwards, Luffy became worried that Sanji might become one of Big Mom’s crew after he marries her daughter. So the latter decided to save Sanji as soon as possible. However, just when he is about to leave, he sees something. What he sees is a carriage, and the very carriage which the Vinsmoke family is using to transport Sanji. The three, Luffy, Nami and Chopper then run towards it. 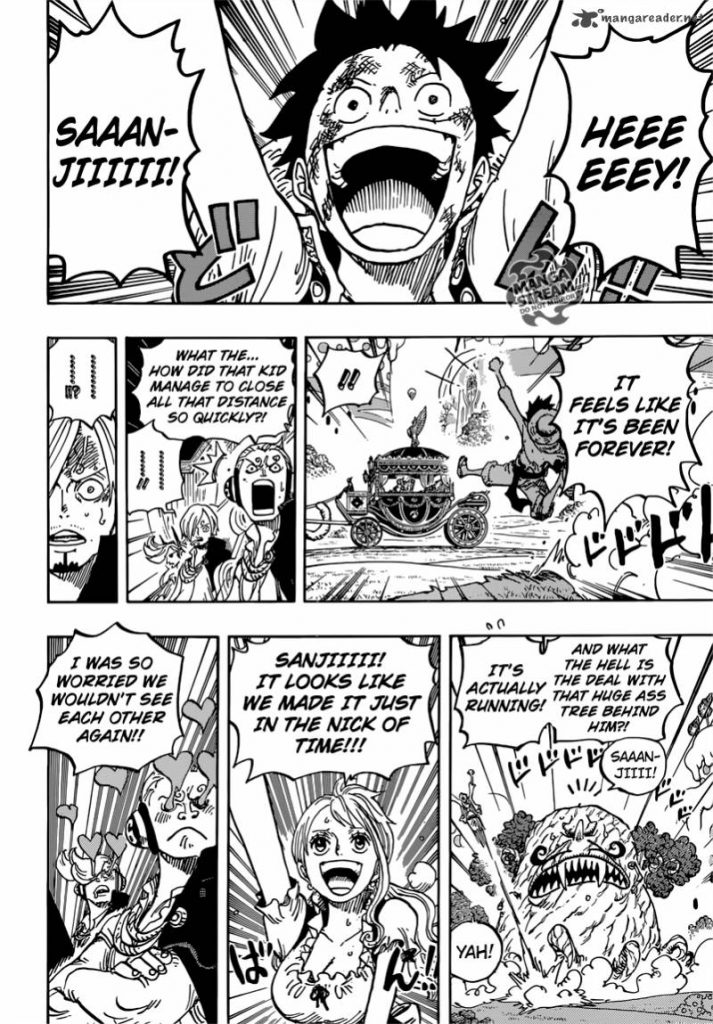 When they got close to the carriage, Luffy screamed Sanji’s name. Sanji and his brothers got shocked after seeing Luffy, because they thought that it would take him days to cover the distance. The soldiers then ran out of patience and aimed their weapons towards Luffy. However, he ignored them and told Sanji that its time to leave now. Sanji knows what his father will do if he escapes, so he kicks Luffy away from the carriage and calls him a low life sea thug. Sanji states that he is a prince of Germa Kingdom and has no desire to become a pirate by joining them again. He further adds that they have wasted their time by coming all the way here.

However, Luffy knows that Sanji is hiding something so he doesn’t buys it. Upon learning that Luffy won’t leave so easily, Sanji leaves his carriage and clashes with Luffy.

Now, in One Piece chapter 844, rumor is that the two will fight for some time and Sanji will then reveal what his father will do if he escapes. He will tell him that if tries to escape, his father will kill his old master, Zeff. The two might then come up with a plan to make sure Zeff is safe. 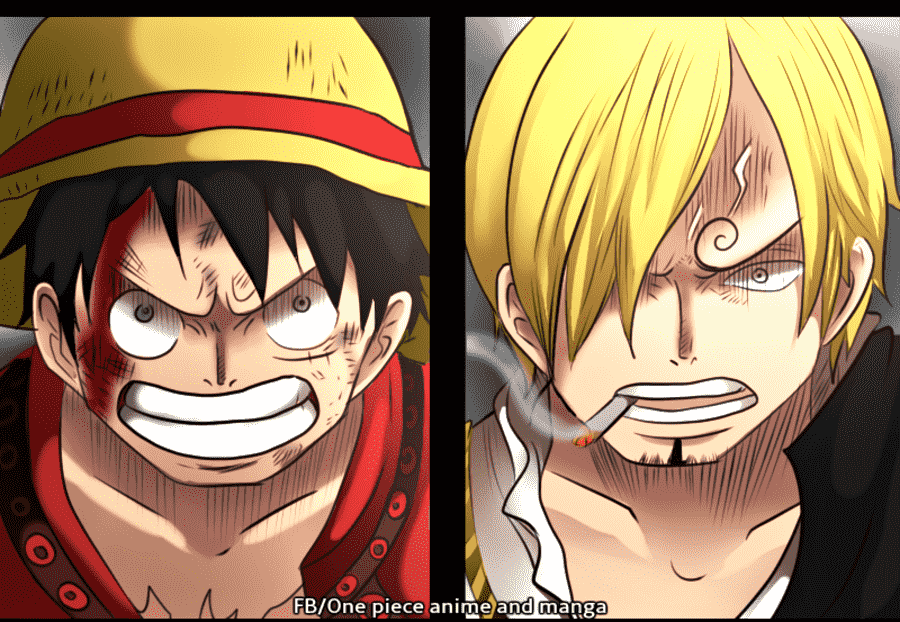 One Piece Chapter 844 will be released some time in next week. The chapter will reveal how Sanji will explain his current situation to Luffy and how he will react. There are also many rumors claiming that Nami will use Big Mom’s Vivre card to fool the commanders, and will escape while they are distracted.

Let us know if you’re excited for One Piece chapter 844 or not in the comments below.