If you’ve wanted to put your Samsung Gear VR to use, Oculus if finally prepared to help you out. In a post on their blog today, Oculus has announced that they will be adding two new games to Samsung Gear VR: Social Trivia and Herbound: Gladiators. 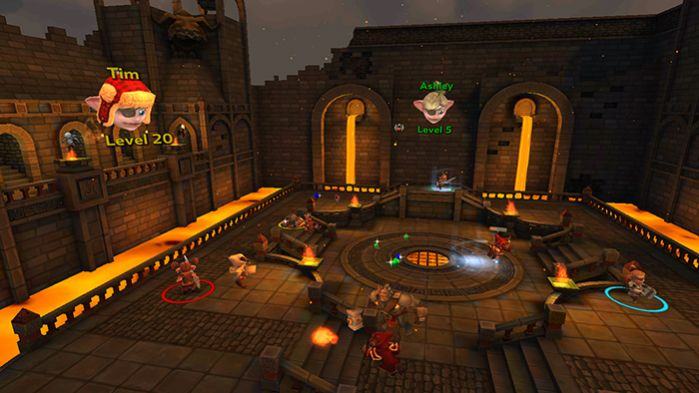 In Social Trivia, you can join up to four friends in a quest for knowledge as you solve trivia questions. Socially. That’s why it’s called Social Trivia, see. It’s now available in the Concepts section of the Oculus Store.

As for the other game, pictured above, it’s called Herobound: Gladiators, and it’s a multiplayer adventure game now available in the Oculus Store. You get to team up with up to four people to fight goblins and demons in arena battlefields. They don’t say ‘arena’ lightly: that level up there looks straight out of Quake III: Arena. Strategy appears to be vital to the gameplay here, and integrated voice chat helps out with that.

There’s a lot more non-game related features out now, so check the official post on it, if you’re interested.

Which of the two new games are you more excited to play? Let us know in the comments below.