New rumors suggest that we might see Nvidia’s upcoming Volta architecture earlier than expected. Although new architecture shouldn’t arrive until 2018, according to Nvidia’s GPU roadmap, Jen-Hsun Huang did say that a new GPU should be featured on every GPU Technology Conference. Since this year’s GTC featured new Pascal-based cards, it is safe to assume Nvidia plans to reveal their new architecture at 2017’s GTC. 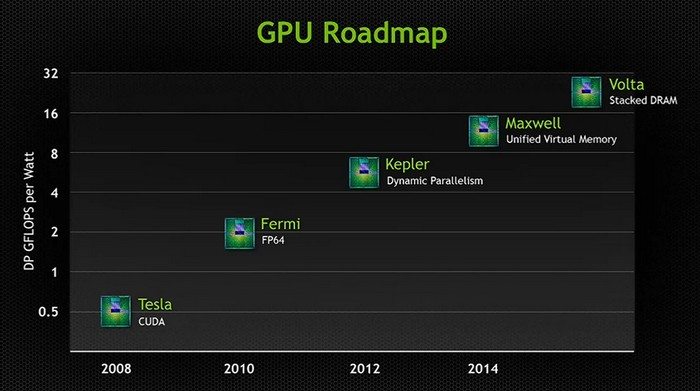 But, as always, facts tell a different story. The problem with all this is that Volta is designed with 10nm FinFET production process in mind (Pascal uses 16nm FinFET process), and there’s no way TSMC will manage to push process to mass production stage in time for the next GTC.

So, there’s no chance of seeing 10nm FinFET ready by May 2017; but, Nvidia might do some tweaks with the new architecture, allowing it to be made in 16nm FinFET. Fudzilla reports that Nvidia may indeed give Volta 16nm FinFET treatment, meaning Nvidia could (in theory) prepare Volta-based video card in time for next year’s GTC, completely changing the market. As you know, AMD won’t release Vega 10-based cards until 2017, and if Nvidia manages to construct Volta-based cards before AMD launches Vega 10, they could get the upper edge on their long-time competitor. 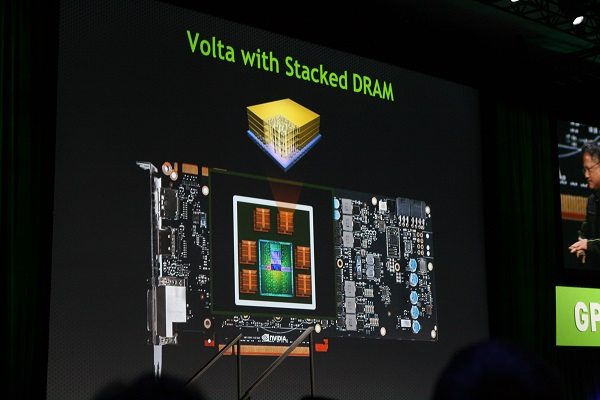 And, there’s the fact that Pascal is the first and only Nvidia’s architecture utilizing 16nm FinFET (both Kepler and Maxwell used 28nm production process); the company has not yet utilized 16nm process maximally, so it’s logical to assume that Nvidia should offer us at least one more 16nm-based GPU generation, and it seems that they’ll do just that with Volta. The only problem might be the lack of innovations Volta will bring. Instead offering both stacked DRAM and 10 nm FinFET, it will lack the later. But, we are sure Huang know what he’s doing, and it seems that he wants to present Volta in 2017, giving AMD one more thing to worry about.