Remember how a few days back we discussed NVIDIA’s GeForce GTX 1080 Ti Founder Edition setting a new world record in benchmarks? The reference card, at that time, was overclocked to a whopping 2.5 GHz and beyond (on LN2 cooling) by KINGPIN, EVGA’s in-house overclocker. But, if you thought that’s the optimal performance one can realistically expect from the GTX 1080 Ti Founders Edition, you couldn’t be more wrong. That’s because KINGPIN has pushed the outer limits of the card yet again. 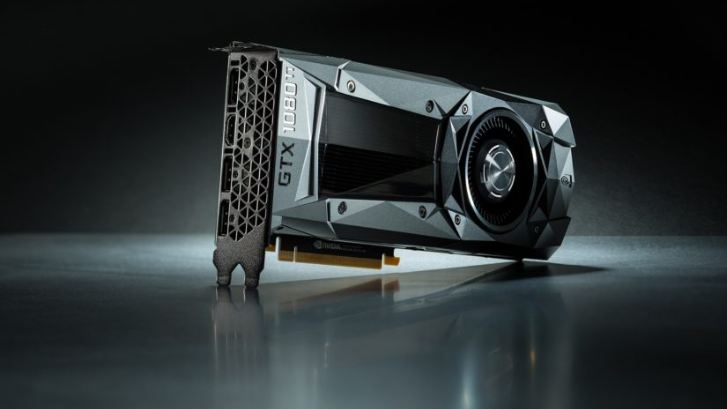 This time, we have a clock bump of about 500 MHz, helping the card push beyond the 3.0 GHz milestone. Note that the GTX 1080 Ti Founders Edition can easily hit 2.0 GHz overclock and beyond on air and liquid cooler. But for anything beyond that, you will need our good old friend LN2.

As we have already seen when it beat the previous world record set by the Titan X, LN2 empowers the card to achieve extreme overclocks. KINGPIN also made use of some custom modding on the PCB in order to bypass voltage locks. That means the card needed a decent amount of modifications to hit the frequency. But once everything was in place, it delivered an impressive 3.024 GHz overclock.

Of course, such a heavy clock would eventually make the card consume a lot more power than usual — although, an 80 Plus power supply was more than enough to do the trick. Similarly, the temperature was not an issue either because of LN2. 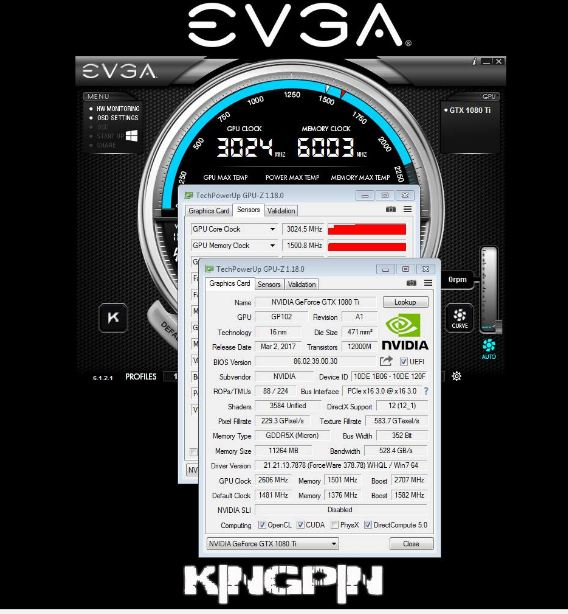 Finally, based on the performance displayed by the NVIDIA GeForce GTX 1080 Ti Founders Edition in various test setup, we reckon the card is not just a great LN2 overclocker, but it can also deliver a pretty impressive output on air and liquid coolers — all thanks to its new reference design that comes with a higher-end PCB.