Rumors (with credibility) also have it that NVIDIA will begin by shopping a limited number of units of the upgraded GeForce GTX 1060 to test the waters. The reason behind the move is believed to be the abundance of flawed GP104 chips that failed to meet GTX 1070 and GTX 1080 specifications. NVIDIA doesn’t want to dispose of them, and would rather have them used somewhere else.

That essentially means that 11 SM units won’t have any role to play whatsoever on the newer core. Also, because both GP104 and GP106 carry a lot of similarities so far architectural hierarchy goes — at least in comparison to GP107 — we are likely to have some cool benefits in terms of clock speeds.

The clock speeds are likely to remain the same on paper, although the operating clock speeds could be somewhat different.

According to a report by VideoCardz, the updated cards powered by the GP104 GPU will probably draw higher power than the normal GP106-powered GTX 1060s. Because of that, NVIDIA wants to avoid creating confusions regarding the ambiguity with power efficiency. That, in turned, has prompted the company to skip advertising the new product worldwide. In fact, it is also possible that the new card will be a China-exclusive.

While NVIDIA is yet to make any official announcement on the issue, odds are extremely high that these reports are indeed true. (An assumption supported by the addition of a new driver that reveals the identity of the new card as GP104) 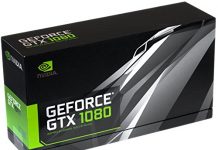 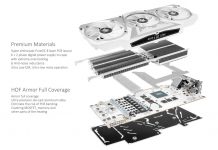