The final prices of the upcoming NVIDIA GeForce GTX 1050 Ti and GTX 1050 have been revealed and we have to say that the manufacturer really knows how to cater to the budget gamer, even though you’ll have to make a few graphical compromises while you’re using either GPU to play the latest games available. One hint that we’ll be giving to you here is that both graphic cards are going to be available for less than $150, making the deal even sweeter for gamers who are unable to purchase expensive hardware. 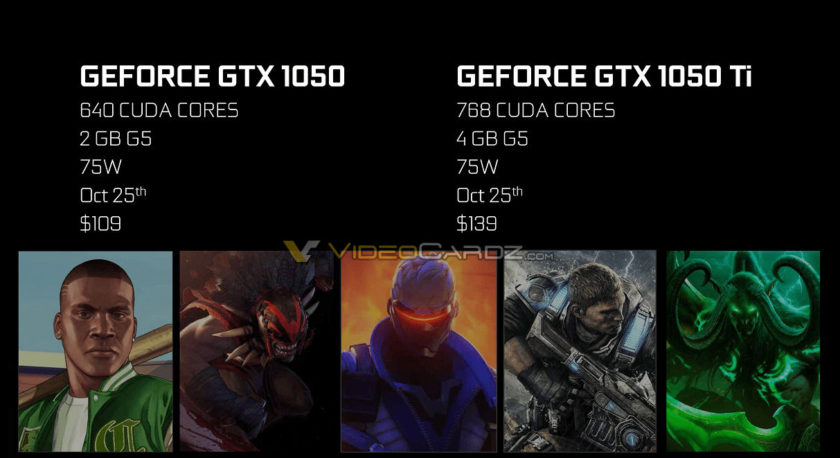 As for the rest of the specifications, GTX 1050 Ti will feature 768 CUDA cores, along with 40 TMUs and 32 ROP units. The card’s base GPU clock speed will be standing in 1318MHz, with a boost clock speed going up to 1392MHz. Custom models should allow you to further increase this clock speed through impressively designed coolers. As for the price tag and TDP that you’ve all been hearing to hear, GTX 1050Ti is said to retail for $139 and will feature a TDP of 75 watts.

As for the regular GTX 1050, this GPU will retail for $109, stating the obvious that it is a cut-down variant of the 1050 Ti. This GPU will have a lowered number of CUDA cores, with the figure decreasing to 640. As for the clock speeds, the chip will have a base frequency of 1354MHz, with a boost clock speed going up to 1455MHz. The card will have the same TDP as its more powerful variant but will offer a more affordable solution to PC gamers. Both GPUs are expected to be announced on October 25.