As a potential blow to gamers who are still using graphic cards from NVIDIA of the Fermi architecture, the company has announced that they will no longer be upgrading the drivers of the Fermi series graphic cards such as GeForce 400 and GeForce 500, along with Quadro x00 and x000 series of graphic cards, with the latest API update from Vulkan. 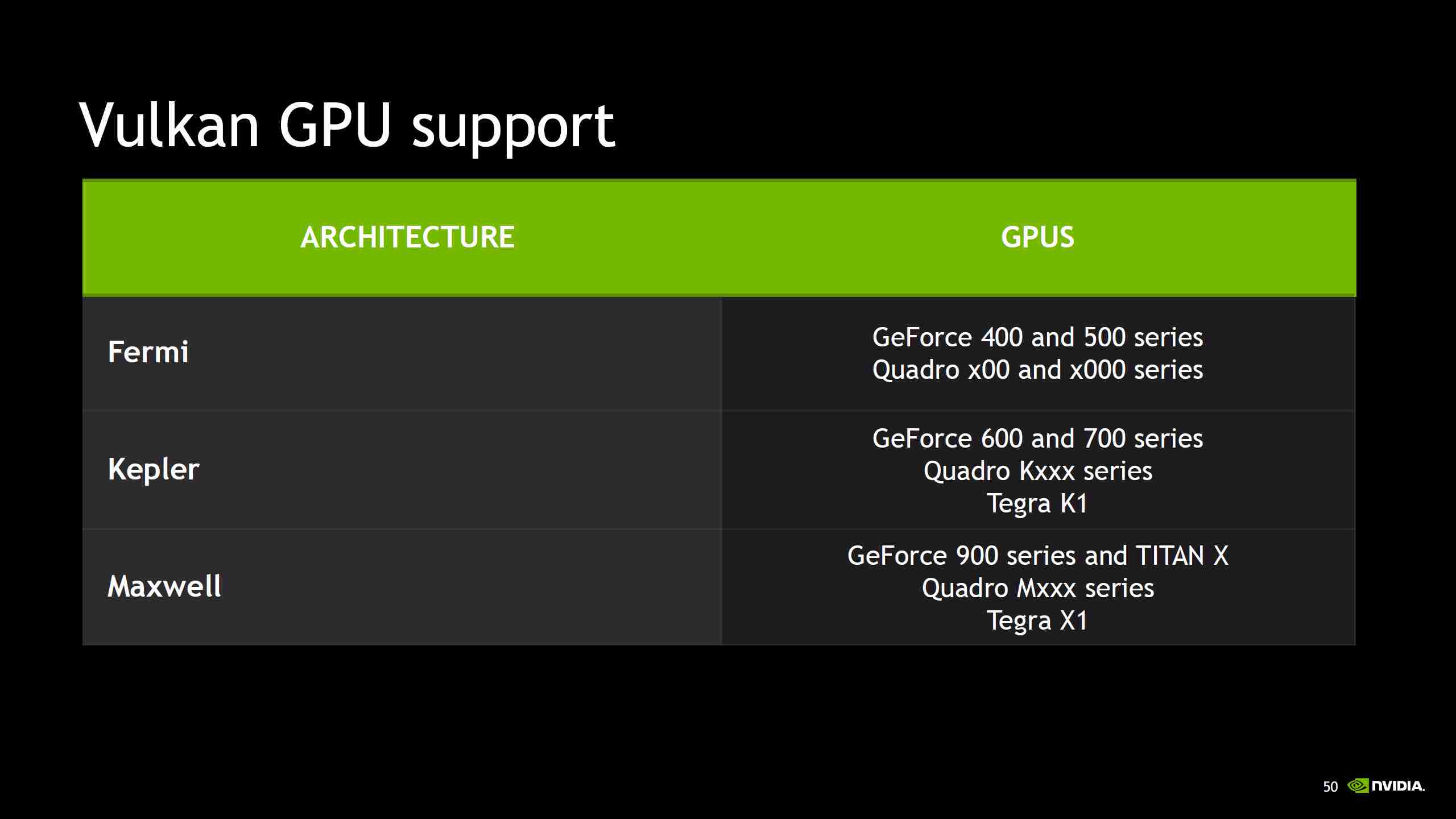 The company cited a simple reason for the upgrade not being feasible – the low install base of the Fermi series graphic cards has rendered the API offered by Vulkan unusable. This is not exactly news, NVIDIA has mentioned before that the Fermi series of cards are not built for the Vulkan API. Quite naturally so, because the Fermi Architecture first release six years ago in 2010, and since then, the company has had three new architectures – namely the Kepler, the Mazwell, and the Pascal (to be released soon).

Given the success of the Maxwell and the expected success of the Pascal architecture that incorporates the 16nm FinFET technology into it, it is expected that most of the users who run Fermi will move onto a new graphic card for their PCs. This makes upgrading the install base of the graphic card no longer profitable, even though the chip of the device has no problems with the new API.

AMD has followed a similar attitude towards its older cards – any card that was built before the GCN series will not receive the upgrade that is required for them to use the latest Vulkan support.