On Tuesday, attendees of the GTC 2016 witnessed Nvidia unveiling the DGX-1; a monstrous, all-in-one supercomputer with a whopping 170 TFLOP compute power.

Based on the Pascal GPU architecture, this monster machine houses an array of Tesla P100 graphics boards, also launched on the same day. With the sheer brute power the DGX-1 possesses, it can rightfully claim its position in the leagues of the most sophisticated supercomputers currently deployed for deep learning. 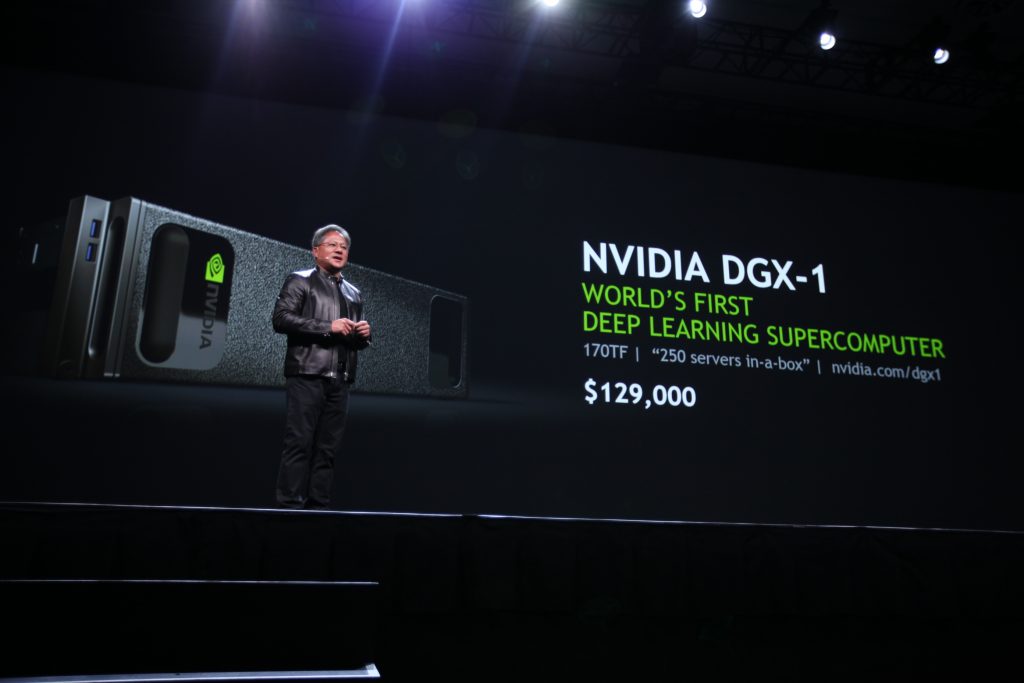 The product carries the best and latest of Nvidia’s hardware and software including the new SDK suite, Pascal, and more. It boasts a mammoth performance throughput which is equivalent to 250 x86 servers.

Such insane amount of raw compute power basically enables users to have their own supercomputers for AI and HPC-specific workloads.

“Artificial intelligence is the most far-reaching technological advancement in our lifetime,” said Jen-Hsun Huang, co-founder and chief executive of NVIDIA following the launch.

“It changes every industry, every company, everything. It will open up markets to benefit everyone. Data scientists and AI researchers today spend far too much time on home-brewed high-performance computing solutions. The DGX-1 is easy to deploy and was created for one purpose: to unlock the powers of superhuman capabilities and apply them to problems that were once unsolvable.”

The Nvidia DGX-1 pre-orders commence from today, but the actual delivery date is currently within the realm of speculations. Clearly it’s a machine built almost exclusively for universities, or organizations involved in research work. The insane $129,000 price-tag on the machine stands as a testimony to that fact.