No Man’s Sky launched just a couple of weeks ago, but it seems the life is cutting short for it. The game hasn’t gone well with most players and seems nowhere close to what Hello Games founder Sean Murray promised. 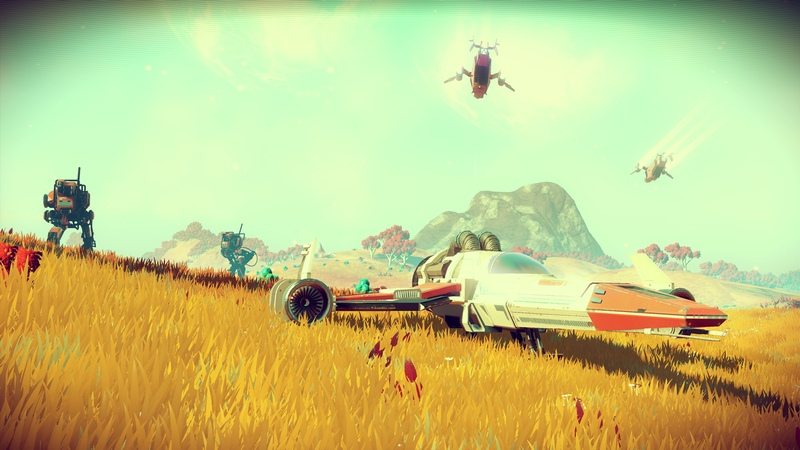 Redditors had gone berserk on the missing features in a particular post which was later deleted. The excerpts from that post can be found  (link not live anymore).

Needless to say, the buyers of the game felt let down and as such Amazon US (which sells digital codes for the game), Sony (via the PS Store/PSN), and Steam concur. All of these distributors are issuing refund irrespective of the play time.

“You can do this with practically anything on Steam so long as you are not abusing the system,” posted user Nzyme32. “I assume they have some internal criteria for all this in coming to a decision as to whether you can get a refund when outside the normal refund criteria. I managed to get a refund on Volume & Homeworld Remastered (which I have since repurchased) despite being both over the 14-day criteria and over the 2 hours played criteria for both games.”

Redditors who purchased the game had similar stories to tell.

“Just heard on a random twitch channel they’re giving refund so i gave it a shot even though I tried the day it came out, AND HOLY S*** IT WORKED. I should mention I had 8 hours in the game, and a negative review,” wrote whaaatcrazy on Reddit.

Even Sony, known for its harsh return policy has been issuing the refund to No Man’s Sky purchasers.

“I got my refund from PSN customer support a couple nights ago. 50+ hours of playtime,” claimed NeoGAF user Kyoufu. “Not surprised to see Steam doing the same thing.”

Redditor unreqistered, who purchased the game from Amazon says, “Yeah, I think in the case of NMS it boils down to false advertising. I received a full refund from Amazon on one of my two copies (grandson still liked playing it, so we kept one)”.

So, in case you aren’t enjoying the game as you expected, you can simply ask for a refund, and hopefully, you will get it without any trouble.

Let’s hope the next game from the same publisher doesn’t go through the same treatment.

NOTE: For some Steam users, the refund wasn’t approved.