For the people working in such terrains where a normal phone simply cannot sustain, NOMU S10 Pro was made available as one of the most rugged smartphones out there. In case you were looking for a rugged smartphone then there couldn’t be a better time than now. The company is holding a sale for this week where the phone will be available for $149.99. 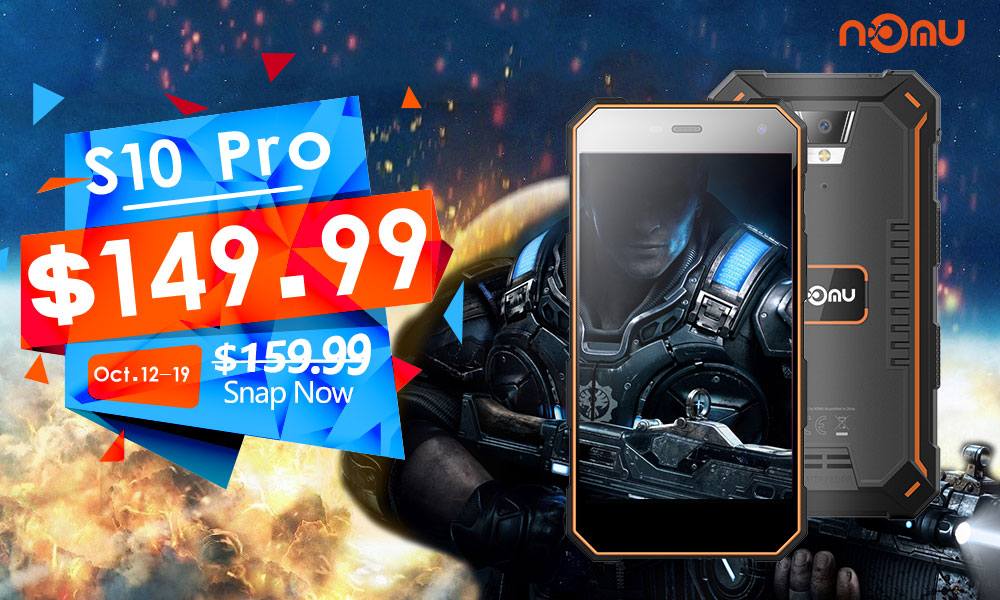 The sale started on October 12 and will continue till October 19 and the discount that the people can avail is of $10. The original price of the phone is $159.99. Considering the build quality and the strength the phone has, the price is totally worth it and with the discount, it’s even better.

By giving the phone a random look, the phone would look like being covered with a rugged case. Only on a closer look, the phone’s true potential is revealed. Even with all the rugged features added, the company has ensured that the phone remains thin and light. In case you don’t already know, the NOMU S10 Pro is IP69 rated and can sustain an hour under 2-metre of water.

Not only water, the phone is also dustproof and can’t be easily harmed by drops even from a height that would easily break other smartphones. The people who work in difficult terrains and require such tough smartphones also need a longer battery life. To address that concern, the NOMU S10 Pro comes with a 5000mAh battery.

Apart from its rugged features, the other specifications of the phone include a 5-inch HD display covered with Gorilla Glass 3 along support for NXP SmartPA big power speaker. There is an 8MP camera on the back while a 5MP unit on the front. You will get a vanilla Android 7.0 Nougat experience out of the box.

The phone has 3GB of RAM and will have 32GB of internal memory. Besides this, the phone will come powered by a MediaTek MT6737T quad-core processor clocked at 1.5GHz. The specifications may seem to be on the lower side, but the USP of the NOMU S11 Pro is its rugged design that is nowhere to be found on any other device.

You can head to the official website to get the device at the discounted price if you’re interested. But remember that the phone is available on offer for a limited time only.