Those of you who like to keep track of the exponentially rising reach Chinese smartphone manufacturers, Nomu must be a familiar name. This is the company that touts itself as the provider of most affordable rugged smartphones with IP68 rating in its S-series lineup.

We have seen multiple videos of Nomu S-series handsets being dropped again and again, and even seen a car rolling over them. However, the company, just on the eve of its Black Friday event, posted a new video showing a brand new Nomu S-series device being set on fire. Here’s the video if you are interested to know whatever happened to the handset.

As for the other two S-series handsets, the S10 boasts itself as the highest cost performance rugged phone with 5000mAh battery  while the S20 is touted as the thinnest rugged smartphone with 3GB RAM and 32GB ROM. 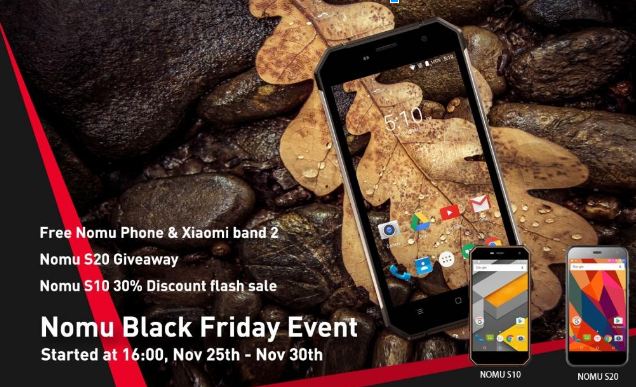 The Nomu Black Friday sales event began from Friday, Nov 25 and will continue through Nov 30. During this period, a number of Nomu smartphones including the Nomu S10, S20, and S30 will be priced at only $111.99, $149.99, and $229.99 respectively. Not just that, consumers also have the chance to win a free Nomu smartphone and Xiaomi Wristband 3.