Today, Nokia N1 formally launched in China following an occasion held in Beijing. While its official announcement back in November, the Nokia N1 was detailed  to price tag of $249. The price fixed for China is almost similar at CNY 1,599 (approx. $257). 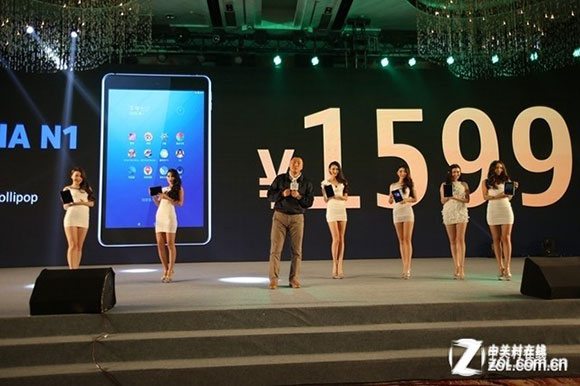 For those are not aware, The Nokia N1 comes with a 7.9-inch touchscreen display with 2,048 x 1536 px resolution, a 2.3 GHz quad core CPU with Intel Atom Z3580 chipset and 2GB of RAM. There is an 8 MP shooter at back as well as a 5 MP at front , 32GB of internal storage, and a 5,300 mAh battery to powers the slate. The N1 tablet runs latest Android Lollipop with Nokia’s Z Launcher on top.

Because of its strong chipset, the slate has topped the image processing benchmarks and AnTuTu CPU efficiency. In accordance with the benchmark’s database, the  Nokia N1 was able to score 45,121 in the CPU evaluation readily surpassing the results of iPad Mini 3. In the image processing evaluation part, the N1 leads the iPad Mini 3 by 2521 points.

Nokia is anticipated to start the N1 tablet in Europe in February.