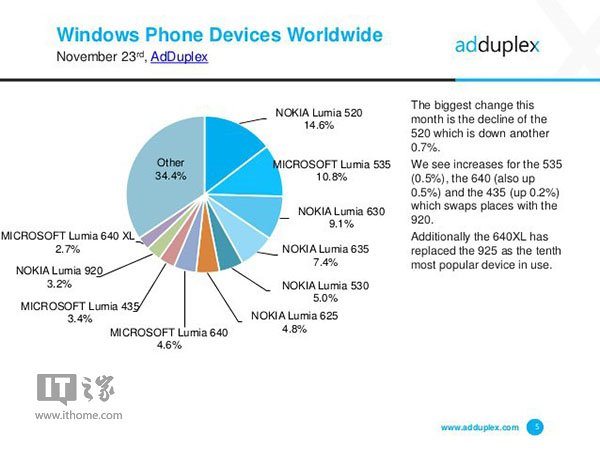 As show in the infographic, the Lumia 520 is still the most used Windows phone in the world with a share of 14.6%. The entry-level phone was released by Nokia in February 2013 and its low price tag made it an instant hit. Some countries continue selling the Lumia 520 and the phone has managed to stay evergreen till now. The Lumia 535 ranks on the second position with a global market share of 10.8%.