Earlier this week, Nokia D1C has popped up on Geekbench listing with features such as Android 7.0 Nougat, octa-core Snapdragon 430 processor with Adreno 505 GPU and 3GB of RAM. However, the listed specifications were limited. Now, the upcoming Android smartphone has popped up on AnTuTu benchmarks, leaking details such as the camera and display. 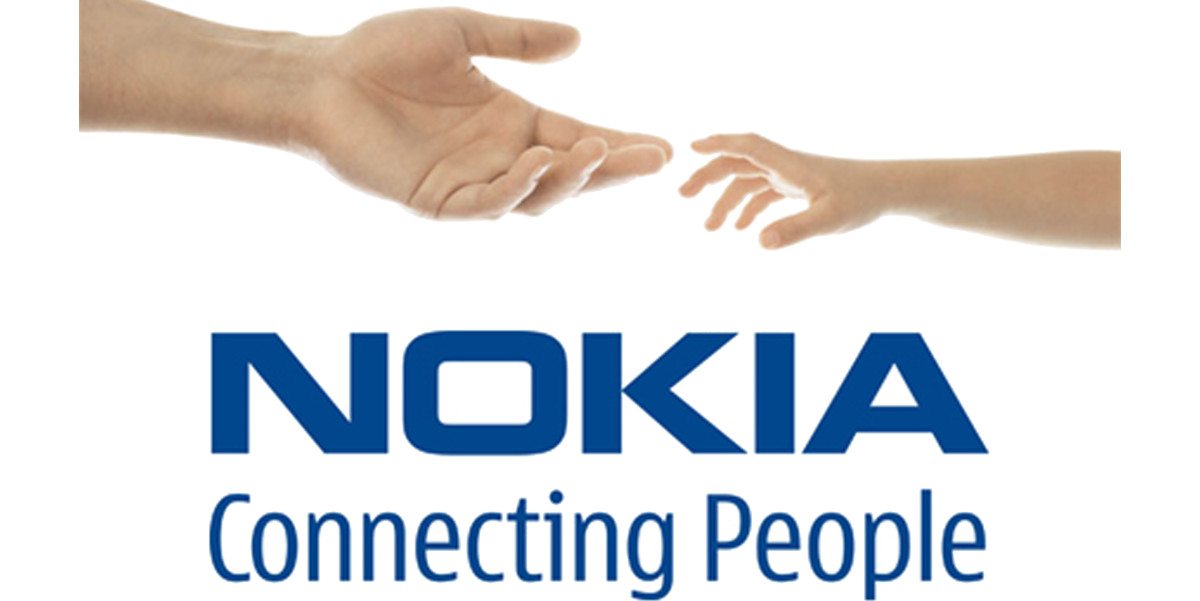 According to the AnTuTu listing, the Nokia D1C sports an IPS display with Full HD (1920 x 1080 pixels) resolution. However, the screen size remains unknown. It is powered by a 64-bit octa-core Qualcomm Snapdragon 430 ( 4 x 1.2 GHz Cortex A53 cores + 4 x 1.5 GHz Cortex A53 cores) processor with Adreno 505 GPU. The CPU is supported by 3GB of RAM and 32GB internal storage, which can be expanded up to 128GB via a micro SD card. It runs Android 7.0 Nougat operating system. 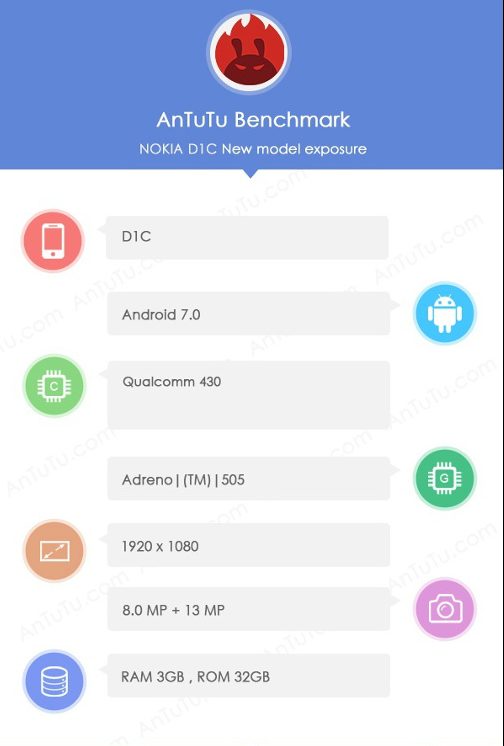 The Nokia D1C is listed to sport a 13-megapixel rear camera with LED Flash, and an 8-megapixel front camera. It is likely to come with 4G LTE support. Other connectivity options include 4G VoLTE, Wi-Fi 802.11 b/g/n, Bluetooth 4.1, and GPS. The battery capacity also remains unknown. Reportedly, the new smartphone might not be released in China.

In August this year, Nokia had announced that it is coming back to smartphone and tablet market with new Android devices before 2017. The company has already launched an Android-powered device with the N1 tablet. As per earlier reports Nokia is working on two new flagship devices, the Nokia 5320 and the Nokia 1490. In addition to the Nokia D1C, it is expected to come up with at least three more smartphones in 2016. The company has granted HMD Global the exclusive license to create Nokia-branded Android mobile phones and tablets for the next 10 years. Nokia’s comeback is something to watch out for.