For now, the Nokia 8 seems to be the only flagship from Nokia, and it indeed is a great device. But its design wasn’t as exciting as any of the other Android flagship smartphones that now come with thin bezels. Nokia 9 might bridge that gap and will bring a design that will be at par with the current trend of thinner bezels, especially on the top and bottom of the display. 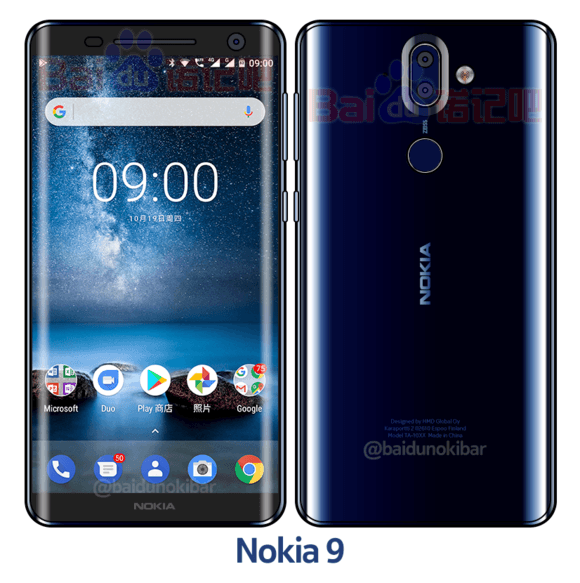 A couple of renders of the upcoming Nokia 9 smartphone surfaced on Baidu (via Nokia Power User). These renders reveal the complete design of the phone both from the front as well as the back. Nokia 9 can be seen in copper and blue colour in these images.

The design of the phone seems inspired from the Nokia 8 as well as from the Galaxy series for its curved display. The top and bottom bezels are thinner than the Nokia 8 but are still not as thin as other flagships like the Galaxy Note 8 and LG V30. Because of the thin chin, the fingerprint scanner has been moved to the back of the phone where it sits below the dual cameras. 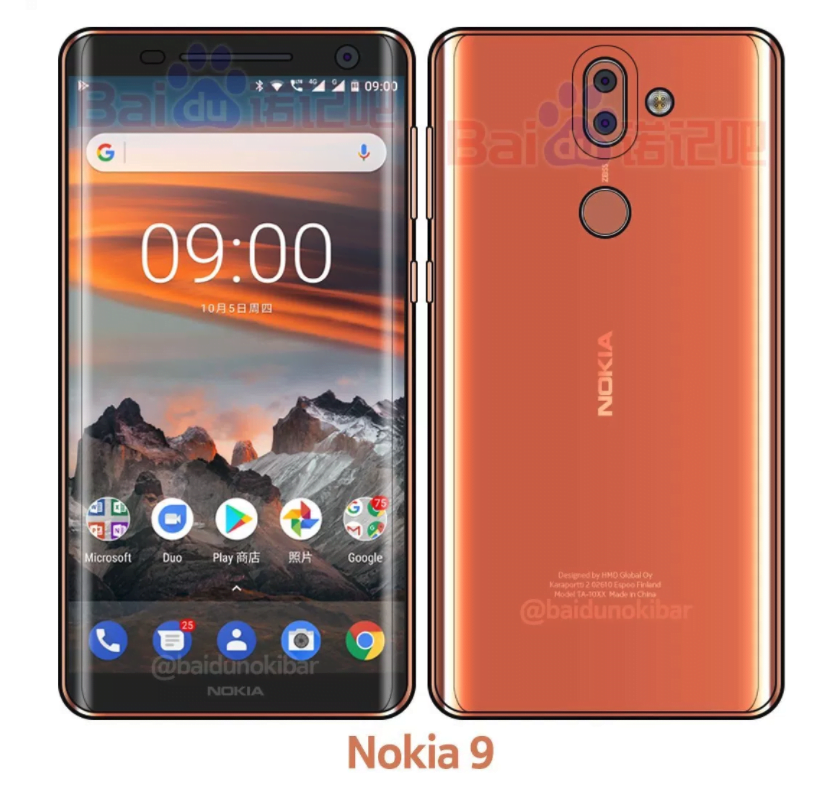 Galaxy Note 8 seems to be the major inspiration for the design of this phone as the front curved display seamlessly blends into the back, which also has a similar curve. The Nokia 9 might be compatible with wireless charging as the back seems to be made out of glass.

NPU’s report mentions that the Nokia 9 will be rated IP68, making it dust and water resistant. Apart from this, the phone has also been said to come with 6GB or 8GB of RAM, up from the 4GB RAM of Nokia 8. 128GB of internal storage can also be thrown in.

Coming to the camera department, it can be clearly seen in the images that the dual cameras will be available on the Nokia 9 too. But they’re said to be better than what we had seen on the Nokia 8 and would include Zeiss optics. More details are expected to surface as we move towards the end of this year.