The battle for supremacy in the mid-range sect of the worldwide smartphone market has just turned more intense with the arrival of the Nokia 6. Granted, the somewhat sluggish Qualcomm Snapdragon 430 chipset that powers this new Android device can be a turnoff for many. But the device, with its 4GB of RAM and 64GB native storage (expandable), has a lot to offer. 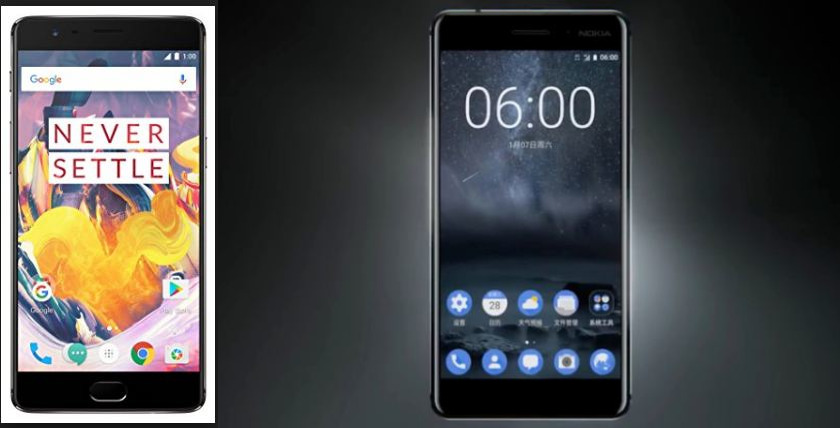 Camera performance is one such saving grace for Nokia 6 as it locks horns with some of its principal adversaries. In order to put things into perspective with regard to the camera quality here’s a little comparison of the Nokia 6 camera performance with that of the OnePlus 3T:

To begin with, Nokia 6 comes equipped with a 16MP rear-facing primary snapper and a pretty impressive 8MP front shooter. Both these cameras are capable of offering decent-quality images. Also, thanks to its 1-pixel size, FHD recording (1080p at 30fps), Phase Detection Autofocus (PDAF) and dual-LED flash, the primary camera’s capabilities are one of the greatest you will spot in budget smartphones.

The OnePlus 3T, meanwhile, comes equipped with basically the same 16MP primary camera as the Nokia 6, albeit with a Sony IMX 29 sensor. Other similarities include PDAF support and f/2.0 aperture. However, the Chinese smartphone has a front camera that outperforms its Finnish counterpart on multiple fronts including in terms of pixel counts. The 16MP selfie snapper on the 3T has Samsung’s 3P8Sp sensor, as well as an aperture of f/1.0.

Other stark differences include the OnePlus 3T’s 4K video recording at 30fps which is undeniably way more impressive than the 1080p FHD recording in offering from the Nokia 6.

As for long-range photography, the Nokia 6 has a better focusing mechanism, but it can not match the 3T’s performance while zooming in. And finally, when it comes to image quality in low light conditions, the OnePlus 3T is simply unbeatable. The important thing to note here is that even the Nokia 6 has good quality images to offer in the Night mode, but it seems like the Chinese company poured in a lot of effort in the field to offer superior image qualities under different conditions.

In conclusion, while the Nokia 6 indeed has two of the best cameras you will find in any midranger, it falls short of outperforming the OnePlus 3T both in terms of camera specs and performance.