With MWC (Mobile World Congress) 2017 just around the corner, companies have started gearing up for their new product launches. Lenovo-owned Motorola has started sending out invites for an event on February 26, just a day prior to Mobile World Congress (MWC) 2016 in Barcelona, Spain (February 27-March 2). 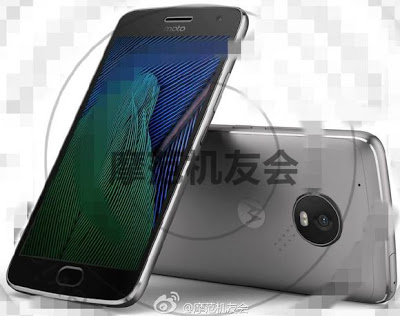 Even though the company has revealed any specific model, the recent rumors and leaks point to a successor of G4, the Moto G5. The handset leaked on OLX for RON (Romanian Leu) with all the key features listed. It is supposed to be a 5.5-Inch Full HD smartphone powered by Qualcomm Snapdragon 625 chipset and 4 Gigs of RAM. As for the camera, Moto G5 will carry the widely accepted combo of 13 MP rear and 5 MP front shooters with 3,080mAh battery.

For those who don’t remember, Moto G4 was launched in May last year so it’s pretty much waiting in line for a refresh. Moto G4 had many variants – Moto G4 Plus, Moto G4, Moto G4 Play, plus the different RAM/Storage combinations. Hence, it will be interesting to see if the company follows the same suit for its successor.

The Moto G5 is expected to launch first in Europe, followed by India and other countries.

If that wasn’t enough for the day, Nokia has also confirmed a new product announcement on the same day. The Nokia device remains a mystery, though. HMD Global backing Nokia might release a new mid-ranger or a possible flagship or a global variant of Nokia 6.

The Nokia brand made a comeback with Nokia 6 smartphone earlier this month. It sports a 5.5-Inch Full HD IPS LCD display powered by a Qualcomm MSM8937 Snapdragon 430 chipset and 4 Gigs of RAM. Internal storage of Nokia 6 stands at 64 GB with expandable capabilities of up to 256 GB. As for the camera, the smartphone features a 16 MP rear and 8 MP front shooter.