MobiPicker
Mobiles Android Nokia 6 Launched With Android Nougat: Price, Specs, Availability And More
Share on Facebook
Tweet on Twitter
Deal Alert: 49% Off on ExpressVPN
Touted as #1 VPN in the world, ExpressVPN is now offering 49% off & an additional 3-months of service on its annual plans.

HMD, which secured the exclusive Nokia brand licensing rights in mobile phones last year, has announced the launch of much-anticipated Nokia 6 smartphone. As of now, Nokia 6 will be available exclusively in China. Nokia 6 marks the first step in HMD’s ambition to set a new standard in design and its plans of making a comeback with the Nokia brand. The device, HMD claims, has been designed explicitly with the needs of users in mind and combines quality, in-build durability to deliver a real-life premium smartphone experience. 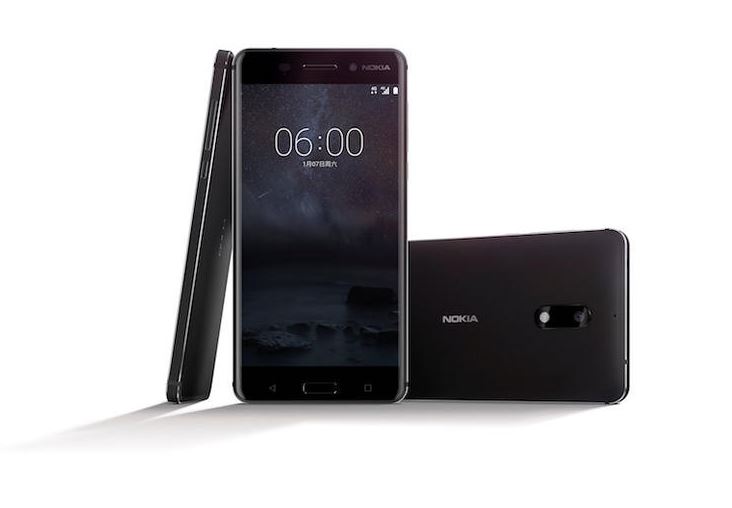 The Nokia 6 comes with a RAM capacity that has now more or less become the standard of premium flagship smartphones. Featuring 4GB RAM and 64GB internal storage, the Nokia 6 runs on the latest version of Android Nougat and is packed with entertainment to bring to life what the latest Android has to offer. Nokia 6 is powered by the latest generation Qualcomm Snapdragon 430 processor with X6 LTE modem that’s designed for excellent battery life and superior graphics performance.

As for the camera, Nokia 6 packs a 16MP phase detection auto focus rear camera for sharp detailed pictures and an 8MP front camera. HMD claims that the f/2.0 aperture lenses and exclusive camera UI with automatic scene detection make it easy to take great shots every time. The dual amplifiers on the phone deliver a 6dB louder sound than a regular amplifier, giving higher voice, deeper bass, and unmatched clarity. Not just that, Nokia 6 features Dolby Atmos that creates powerful audio. Sporting 5.5-inch full HD screen protected by 2.5D Gorilla Glass, Nokia 6 is fueled by a decent 3000mAh battery. Nokia 6 comes with an aluminum unibody, which according to HMD, reflects the highest level of visual and structural quality.

The Nokia 6 is priced at a reasonable 1699 CNY (approx. USD 245). The phone will be initially available only in China in early 2017 through JD.com. HMD hasn’t announced anything about the international availability.

HMD’s decision to launch its first Android phone into China reflects the company’s desire to meet real world needs of consumers in different markets of the world. China has around 550 million smartphone users as of 2016 and the figure is expected to grow to more than 593 million by the end of 2017. HMD is strategically targeting the China android market, which values premium design and quality, with its latest offering.

If the Nokia 6 releases in your country, will you give it a try? Let us know in the comments below.