HMD announced the global variants for Nokia 3, Nokia 5, and Nokia 6 at MWC event in February earlier this year, but the phones are still available in select markets only. The latest addition to this list is Australia, where JB Hi-Fi retailer has listed the three phones for sale. 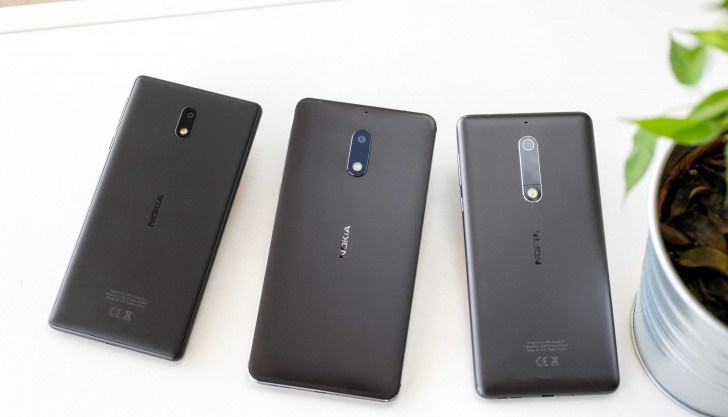 Nokia 3 is the cheapest of the lot with a price tag of AUD249 (US$198). For that, you get a 5-inch HD curved HD display powered by MediaTek MT6737 chipset with a quad-core CPU. It houses 2 GB RAM and 16 GB internal storage, which can be further expanded via micro-SD card. Optic duties are handled by two 8 MP snappers, one on the back, and one on the front.

Next up is Nokia 5, priced at AUD329, which translates to $261. This one has Snapdragon 430 SoC with 2 Gigs of RAM. Display diagonal remains the same as Nokia 3. Internal storage of Nokia 5 stands at 16 GB with micro-SD support. On the camera front, you will find a 13 MP rear and 8 MP front shooters.

Nokia 6 is the current flagship offering from the house of HMD until Nokia 8 arrives. It features a bigger 5.5-Inch Full HD display with Snapdragon 430 under the hood. There is 3 GB of RAM and 32 GB internal storage with expandable capabilities. As for the camera, you get a 16 MP rear and 8 MP front shooters. This one is priced at AUD399 (about $317).

All the Android offerings from Nokia are well built but feature a moderate chipset. It will interesting to see if the Australian audience is still in love with the Nokia brand. Do let us know what you think of the Australian pricing and launch for Nokia smartphones in the comments section below.