Microsoft unveiled its new feature phones Nokia 230 and Nokia 230 Dual Sim today. The launch of feature phones in the era of smartphones doesn’t really appears to be a good move by the US based Software Giant.

The Nokia 230 and 230 Dual Sim feature dual 2MP cameras with flash on the front as well as rear side. With 2.8-inch QVGA display and premium  sandblasted Aluminium cover the handsets are touted to be ‘Premium internet enabled feature phones’ by Microsoft. Both handsets run on Nokia Series 30+ OS and have Opera Store to install external applications. 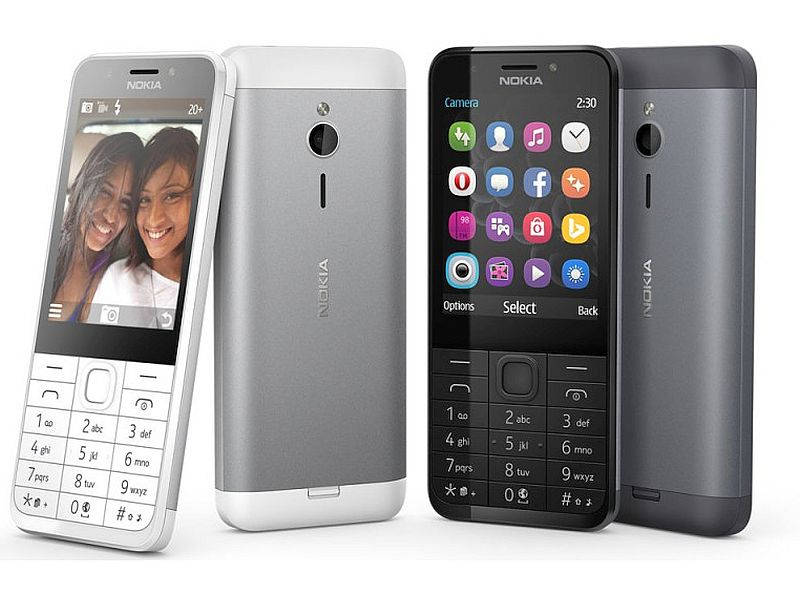 Connectivity options on the phones include GPRS/ EDGE, 3.5mm audio jack, microUSB, and Bluetooth v3.0. Being a feature phone the handset doesn’t support 3G or Wi-Fi. The device is powered by 1200 mAh battery which is promised to deliver a talk-time of about 23 hrs.

Priced at about 3700 INR excluding taxes the handsets will be available in Indian markets by next month.