If you are among those eagerly waiting for CD Projekt Red’s Witcher 4, the past couple of days probably has been particularly enthralling for you. A lot of tech news portals and blogs have extensively covered the possibility of The Witcher 4, raising hopes among waiting fans and gaming enthusiasts.

We hate to be the bearer of bad news but turns out all these reports were factually inaccurate. Simply put, CD Projekt Red has issued no official statement recently confirming The Witcher 4 as many of these reports would have you believe. In reality, however, the interview that seems to have initiated these rumors is actually from way back in 2015.

“It’s too early to talk about it, but it’s not like we’re forgetting about this brand, It wouldn’t be fair towards the fans. We work within this universe for over a dozen years now and I don’t think it’s going to be the end of it,” said CD Projekt Red’s Adam Kicinski in an interview with Polish TV.

The interview also saw Kicinski talking about the game’s scopes for further expansions, Blood and Wine, and Heart of Stone. Unlike the impression the aforementioned factually inaccurate reports gave you, he was not referring to the development of a new game altogether.

If what we hear is correct, the add-ons will be more than sufficient to satiate the cravings of fans who are calling for The Witcher 4.

In fact, it was only last year when Marcin Iwinski, co-founder at CD Projekt, stated that The Witcher 4 was not on the cards as of yet.

We are a publicly traded company so we cannot comment on that but I can assure you we are not working on another Witcher,” he confirmed.

It is possible that CD Projekt Red will someday make a sequel. However, at present, there seems to be little more left to the story to make a new title from the ground up right away. Nonetheless, even if there’s a sequel in the near future, just wait for the developers themselves to confirm it via a press release rather than falling for the half-baked stories produced by the rumor mills. 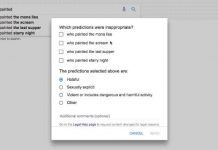