No Man’s Sky got booted out of this month and into August, which is why we didn’t include it in our list of 12 games to look forward to in June. Needless to say, this delay has angered more than a few fans – to the point of some people sending death threats to game developer Sean Murray. It seems, however, that now you can also cancel the pre-order for the Explorer’s Edition of the game, if you’re so inclined. You’ll have to hurry though, but this is a limited time “offer”. 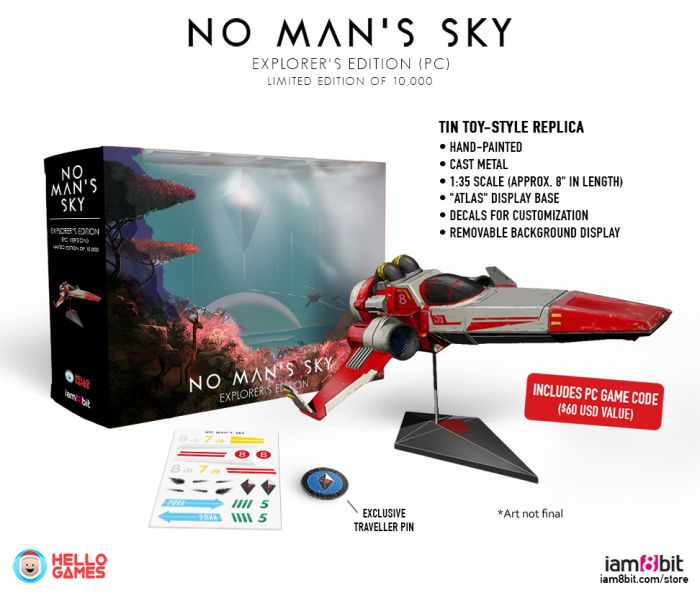 According to a Reddit user, iam8bit, the only store selling the Explorer’s Edition of No Man’s Sky, is currently offering refunds for the product. This offer, however, will only be available until Tuesday, June 7th 9AM PST. Considering today is Sunday, June 5th, you’d best hurry if you intend to cancel your pre-order. That said, the greater question here is – why would you want to cancel your pre-order in the first place? The Explorer’s Edition looks like a pretty beautiful package as far as collector’s editions go, and the game has only been delayed by about two months.

Have you pre-ordered the Explorer’s Edition of No Man’s Sky? Are you going to have it refunded? Let us know in the comments below.