MobiPicker
Games Console Gaming No Man’s Sky Foundation Update LIVE Now – Massive Update Adds Base-Building
Share on Facebook
Tweet on Twitter
Deal Alert: 49% Off on ExpressVPN
Touted as #1 VPN in the world, ExpressVPN is now offering 49% off & an additional 3-months of service on its annual plans.

A whole lot of changes have arrived in No Man’s Sky Foundation Update. Furthermore, it includes base-building, the purchasing of freighters, new game modes, and heaps more. In your base, there is a teleporter so you can continue to explore your previously visited solar system. Also, in your base you can hire aliens to make weapons, forge blueprints, farm recourses, and do construction. Furthermore, the aliens will sometimes even make you go out on missions. It works well with the game.

Explorers can now decide to play with different rule sets, across three game modes. Normal mode is the original chilled exploration experience. Creative mode allows players to explore the universe without limits, and build a huge base. And finally, Survival mode really changes the game, creating a much more challenging endurance experience.

You can cultivate biome-dependent crops outdoors, or inside your base or Freighter using Hydroponic Labs. Plants grow over time and offer a steady supply of resources to be harvested. Players can now build essential equipment in the field on-planet. Automated Harvesters gather resources from mineral deposits in your absence. Waypoints can be placed and colour-coded to allow explorers to return to discoveries.

Purchase huge interstellar Freighters at great expense, and then summon them from anywhere in the galaxy. Resources can be teleported to your Freighter while on-planet, ideal for stockpiling goods for trading.

You can read the rest of the patch notes for No Man’s Sky on Hello Games’ website. Stay tuned to MobiPicker for more news and updates. 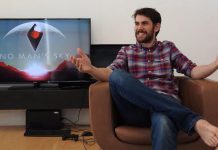 No Man’s Sky News & Updates – What Is Foundation Update And What Will It Include?