No Man’s Sky was supposed to be the new Messiah of the space-sim world. With its massive procedurally generated universe and an impossible-to-imagine number of planets (18,446,744,073,709,551,616 to be exact, try to comprehend that number) the game seemed like a revolution in the genre, something to play until Star Citizen arrives (if the game actually comes out eventually), but reality proved different. 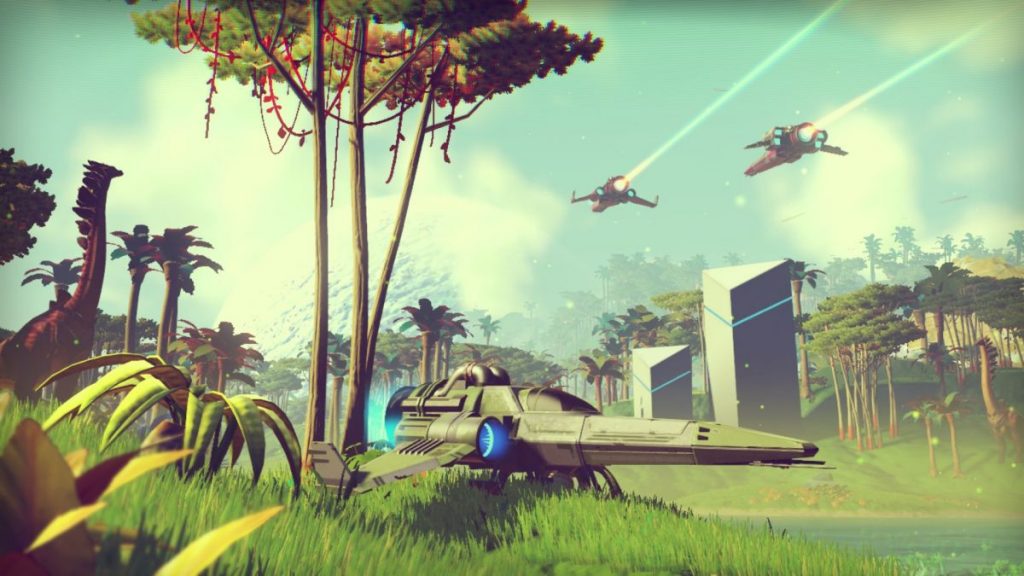 No Man’s Sky was crucified by the community for its lack of content, for its high amount of bugs, and for performance issues (Luckily, or not, this only affected PC gamers). But Hello Games, No Man’s Sky developers, promised that they will work like ants until the problems disappear, and they already issued three patches, fixing most of the issues present on launch day.

After bugs got squashed, gamers from around the world can finally look forward to some new features. Hello games stated that a new, fourth, patch is on the way, bringing major new features. The developer stated that “We’ve now released 3 patches, and hopefully they really improve the experience for everybody. As you can see it’s been a huge amount of work for a small team. We appreciate your patience and understanding,” and that “Once all our support requests have been answered then we can begin improving the game with new features.”

Most of the problems (around 70 percent) already got fixed, while the remaining 30 percent will be fixed with upcoming patches. Let’s face it, Hello Games is a small indie team and with a game, as massive as No Man’s Sky it’s normal to expect bugs and problems, but it’s nice to see developer still cares for the game and work night and day in order to fix issues. 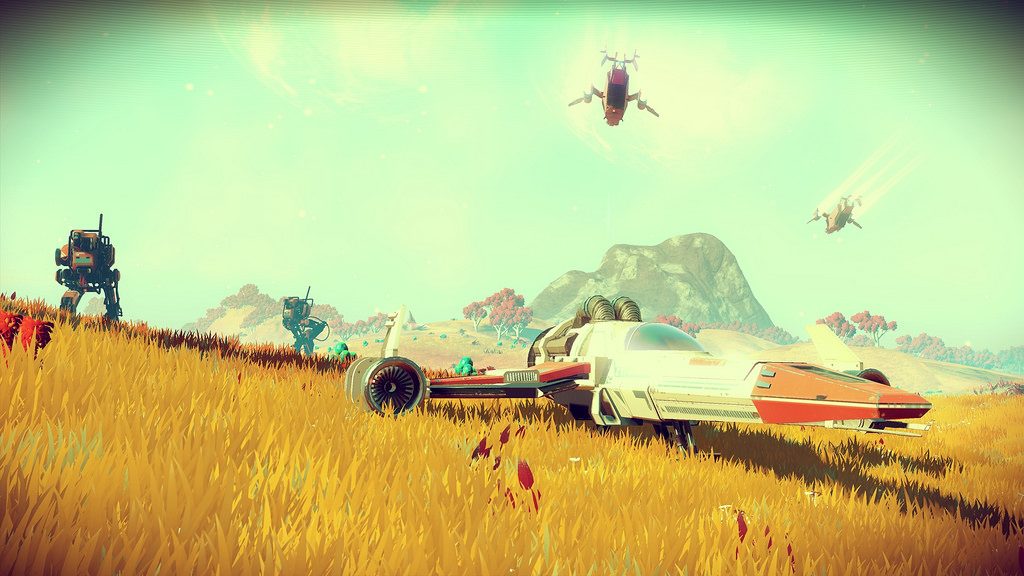 On the bright side of the coin, the game proved popular with the mod community. Jump to the official mod site and you’ll find plenty of interesting stuff. Some popular mods include Super Hyperdrive, multiplying hyperdrive range by 1000 (useful when you travel through galaxy which has 60 million times more planets than our Milky Way galaxy), LowFlight mod by Hytek allowing you to fly near the surface, and Shut Up mod, which disables various audio warnings.

For the end, here’s the whole list of changes each patch brought:

The focus of patch 1 was to add greater support for more hardware. Either specific hardware configs, or hardware outside our min spec. We want as many people to be able to play as possible, and these were our most reported issues.

Thousands of lines of assembly have been rewritten to support AMD CPUs. The game code no longer relies on anything above SSE 2,

Some systems/configs were crashing or not pausing correctly on Alt Tab. This should now be resolved.

On CPUs with 4 threads or fewer, performance has been improved.

On CPUs with exactly 8 threads, performance has also been significantly improved.

Framerate Stuttering due to Shader Caching

Framerate was initially stuttering due to shaders not being correctly cached by the GPU on some systems. We have replaced the GPU caching system. You may notice some stutter during the Galactic Map intro to the game (the very first time you run), but it should be smoother from then on. This is particularly true on ATI cards.

On some CPU/GPU configurations, setting Max FPS to 60 or 30 was not giving 60 or 30 FPS (causing stuttering). This has been fixed.

Added support for this GPU, which doesn’t support OpenGL 4.5 fully.

Solution to try to prevent saves getting corrupted no matter what’s going on in background processes (see Patch 3 below, where we also are attempting to recover corrupted saves).

We do not currently support Intel GPUS. We are working on this for a future patch, to expand our min spec.

In the meantime, the game will now let you know if you are trying to run with an unsupported GPU. This will hopefully flag for some users that their high end GPU has not been selected.

Gsync has been disabled by default, which was causing an issue for some users

Generally, this is most helpful for players with sub-30 FPS.

Smoothing on mouse movement has been improved to prevent hitching or stuttering, and is now adjustable through the Options menu in “Mouse Smoothing”.

It defaults to off. If you feel micro stutters in framerate affecting controls, feel free to turn this up. If you feel the framerate is “slow” or “lumpy”, please make sure that this is turned off.

For patch 2 our focus was on the most reported bugs or crashes. Our aim was to improve stability, and make sure player’s saves are safe in future.

Stuck under the world

It was possible for players to save their game stuck under the terrain, leaving them stuck. This was caused by getting shot down in atmosphere, and their ship reaching ridiculous speeds as it crashed to the planet. This has been resolved.

Whilst it won’t happen anymore, if you are currently already stuck under the world, we detect this and do our best to rescue you.

Occasionally at random the game would lock up after a warp, or return to desktop. This was due to very specific timing in hardware (a threading specific bug) – meaning that unfortunately for some people it was regular, and for others they would never be able to recreate it. This was our most reported crash during gameplay, and has now been resolved.

Game failing to save until you died

If the player died, and then loaded the game ten times without saving, and then died, player progress wouldn’t be saved from then on until you died again. This is fixed now! This was also causing player’s saves to grow in size.

Quite a rare crash, but in certain scenarios it was possible to scan from space or on planet and crash the game.

Crash warping inside a freighter

This is fixed now.

Patch 3 is targeted at our next most common support requests, fixing the next most common crashes, as well as trying to help players who have become stranded or have corrupted their save files.

If you died in your ship while in atmosphere of a planet with a damaged ship, you could respawn in a space station with your launch thrusters and pulse engine damaged. If you did not have the resources to fix them then you could no longer take off and be stuck there. This will no longer happen.

Crash fixes for next three most commonly reported issues:

– As the player gathers a huge amount of discoveries, there was a threading issue that becomes more prevalent the more discoveries you have, and could cause the game to crash.

– If you had collected a large number of blueprints, in a specific order it was possible to crash the game when you received a new blueprint. This has been fixed.

– Players who set a large number of waypoints could find themselves in a situation where they could crash the game in the Galactic Map, this is remedied now (PS. A better waypoint system is coming).

We hope No Man’s Sky will soon flourish, since there are more mods every day.