Ever since the Nintendo Switch officially came out, a number of users have been complaining about some of the console’s niggles. Others have reported issues ranging from problematic left JoyCon while many have complained dead or stuck pixels. Now, a new complaint on a somewhat never ending list has arisen for the Nintendo Switch. 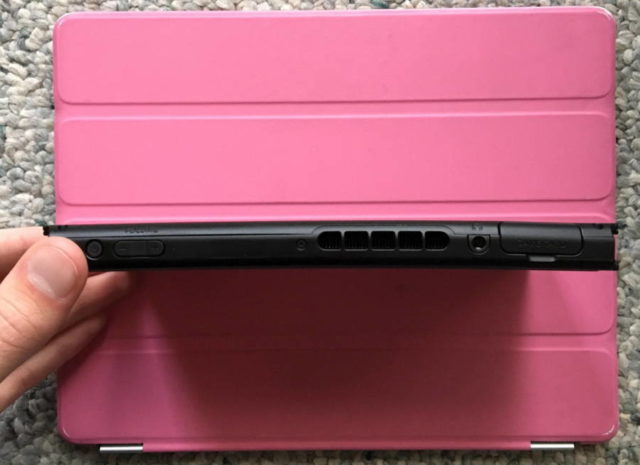 An Internet denizen actually took to social media about his current issue with the Nintendo Switch. In the image that he posted on Reddit, it can be seen that something is definitely wrong with his console. According to user _NSR, his Switch console got warped for no particular reason at all.

From the image above, one can clearly see that the console is not particularly straight. Immediately after posting this image, a number of Switch owners also chimed in that, they too, had the same problem. While the reason behind the bending is still unknown, many Reddit users have put it a number of speculations.

According to some of the posts, this bend gate issue might have been caused when the console is put inside its dock. When used in console mode, the Switch would have to be placed in the dock that is connected to a display. Since the LCD display of the console is off when in this mode, the back of the device gets much hotter than the front side. This disparity in temperatures then causes the chassis of the console to bend towards the display.

Another theory indicates that it might just have been some sort of manufacturing variances. This is due to the fact that not all Nintendo Switch units are experiencing the same problem. Unfortunately, at the moment, Nintendo is yet to release an official statement about the issue. However, for users who have experienced the same problem, the only logical solution right now it to contact a Nintendo representative as soon as possible.

How about you? Are you experiencing other Nintendo Switch issues? Do let us know in the comments section below.