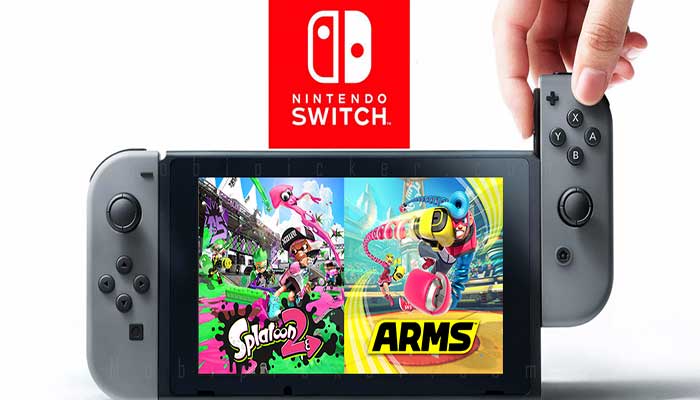 Nintendo Switch fans are in for a double treat this week as Nintendo plans to reveal two new exclusive blockbuster games for the console. According to the latest information, Nintendo is going to reveal both of the games at Direct Conference this week.

“The #NintendoDirect will focus mainly on #ARMS and #Splatoon2 for #NintendoSwitch. Will you be staying up late to join us?”

Nintendo is reportedly going to reveal the release dates for both Splatoon 2 and ARMS at the Nintendo Direct Conference. Both of the games are currently listing under a 2017 release but with no specific release dates. There are also chances for more info on Mario Kart 8 Deluxe that’s set for an April 28 release date on Nintendo Switch.

Furthermore, another one of the most anticipated games, Ultra Street Fighter 2: The Final Challenger, recently given May 26 release date for Nintendo Switch. According to Yoshinori Ono, Street Fighter’s Producer’s recent tweet, this classic title is now ranking in gold. The tweet further read

“We have completed development of USFII for Nintendo Switch!”

Hopefully, Nintendo Will be revealing more than what we’ve discussed above. Nintendo Switch game’s list is growing at a good pace but there must be more exclusives exclusive titles in it. The inclusion of Splatoon 2, and ARMS as Nintendo Switch exclusives will definitely be a great addition to the Nintendo Switch games list. Fans will have a chance to enjoy two more of the blockbusters very soon on their hybrid consoles.