MobiPicker
Games Console Gaming Nintendo Switch News: A New Device Solves Biggest Problems For Console, More...
Share on Facebook
Tweet on Twitter
Deal Alert: 49% Off on ExpressVPN
Touted as #1 VPN in the world, ExpressVPN is now offering 49% off & an additional 3-months of service on its annual plans.

A good news for all the Nintendo Switch owners. Now they will be able to have more portability and gaming on the go, thanks to a new ingenious tech created by a new company. 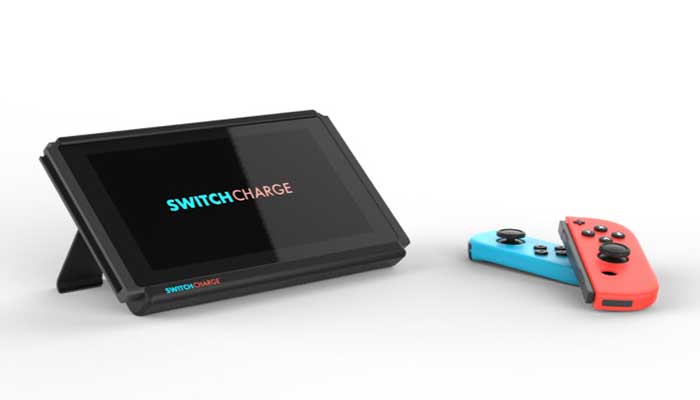 The Nintendo Switch is indeed one of the most versatile consoles ever created. It offers gaming on the go but the battery life lessens the portability. You can have an idea by comparing the Zelda: Breath of the Wild and Mario Kart 8. You’ll notice that Nintendo Switch offers roughly 3 hours of continuous play for Zelda: Breath of the Wild. It’s about the same time for Mario Kart 8, latest reports suggest.

But that is not a thing of the past as a new UK-based tech company has a solution to this problem. The are currently working on a Battery pack for the Nintendo Switch that will offer four times as much of the battery life. It will definitely solve the biggest problem of a sudden shutdown and will eliminate the inability to play games for a longer time period. Check out the detailed SwitchCharge video below.

According to the details we have so far, the SwitchCharge will be attachable to the back of Nintendo Switch and will offer a 12,000 mAh battery along with a new kickstand and two additional cartridge slots.

The new SwitchCharge is available at $85 for North American users. For the Brits, this fantastic Nintendo Switch battery pack is available at £66. Some additional bundles with a number of different rewards are also available.

The latest reports about the novel tech suggest that the company behind the SwitchCharge have reached their online crowdfunding goals. This means that the production of SwitchCharge will now commence in full. So, all the Nintendo Switch owners will be able to buy this fantastic tech soon.

Stay tuned for more info about the SwitchCharge. We’ll keep you posted with the latest.