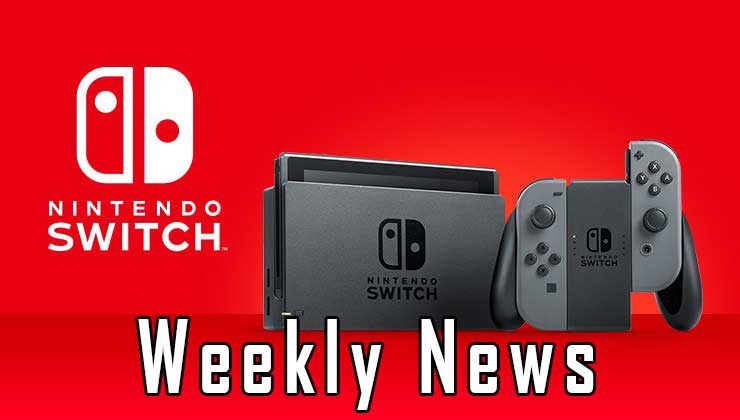 The big news about the Nintendo Switch for past week include Games list boost with four new titles, ARMS announcement and Gameplay, Characters, Game Modes, and Free Demo reveal, PS4 Hit Thumper and NeoGeo’s classic fighting game Galaxy Fight: Universal Warriors release on Nintendo Switch, and Destiny 2 Big No For Nintendo Switch. Let’s have a detailed look at all these news.

In addition, The Dark Witch Music Episode: Rudymical is now also available on Nintendo Switch. This fantastic game was released on Switch last week. Fans can buy this game from the Nintendo eShop for $9.00.

ACA NeoGeo Garou: Mark of the Wolves also came out last week on Nintendo Switch and it is available via Nintendo eShop for $8.10. At the moment, this game is only available in European regions. Other regions release is likely to happen this week. Check out full details here.

ARMS Announcement And Reveals About Gameplay, Characters, And Other Features

ARMS is set for a global release on June 16, 2017. The game’s final release announcement came in past week along with gameplay, characters, game modes, and a free demo details. It was revealed in the recent Nintendo Direct conference that the game will have unique characters and abilities, loads of Mini-games, and various other features.

According to Nintendo, ARMS will feature a standard two-player battle mode in the game. Players will be able to enjoy a variety of special moves as well as the power-ups. It was also revealed that the team fight will require two players in a 2v2 match and it will be available in the Team-based match only.

In addition, the recent gameplay reveal suggests that the game will have a Volleyball-style mini-games. Players will be able to enjoy the Silkshots that will help them destroy many targets in a single move.

Another great news from the last week about the Nintendo Switch is the availability of Thumper and NeoGeo’s Galaxy Fight: Universal Soldiers on the console. Thumper is an acclaimed PS4 hit and a PSVR launch title that the player will now be able to enjoy on Nintendo Switch. Thumper will be available Nintendo eShop for $20.86.

It was also revealed with the release that Thumper will be running on Nintendo Switch at 1080p and 60fps in the docked mode. On the handheld mode, the game will run at 720p and 60fps. In addition, NeoGeo’s Galaxy Fight: Universal Warriors also became part of the Nintendo Switch games list last week. This fantastic game is available via Nintendo eShop in $8.20. Want to know more about Thumper and Galaxy Fight: universal Warriors, check it out here.

A Big No For Destiny 2 on Nintendo Switch

A big news about Destiny 2 also made waves past week. It is quite disappointing that Destiny 2 might not get to the Nintendo Switch at all. While speaking to IGN, Destiny 2 Gameplay Reveal event project lead Mark Noseworthy revealed that the studio (Bungie) has no plans to release Destiny 2on Nintendo Switch. This is why we haven’t yet heard any new about the game’s release on much loved Nintendo Switch.

In response to a question about Destiny 2 Future Release on Switch, Noseworthy commented that;

“I think it’s pretty unrealistic, given we’re an online-only game, right? The Switch, because it’s portable – and I love my Switch, I’ve got Breath of the Wild here, I’ve got it with me. It’s incredible, I love the console, but in terms of where it’s at, I don’t want to leave anyone with the possibility of, like, ‘it’s a thing we’ll consider, maybe next year.’ There are no plans right now for Switch.”

Hopefully, Bungie will release Destiny 2 on Nintendo Switch in near future. As of now, it seems that the developer has no plans to release the game on Switch at all.

The above-mentioned news are some of the hottest news from the past week about Nintendo Switch. We’ve tried to pick up the best news and offer you a brief new roundup. If you think we’ve missed out on something worthy of a mention, do let us know. Please leave a comment below.