Nintendo Switch is new Portable Console by Nintendo that offers only 32GB of Internal Storage capacity. However, it does allow the users to expand the storage capacity by using MicroSD Cards. There are a number of different card makers but for some reason, SanDisk Cards are popular among the Nintendo Switch users. A new report about the incident claims that some of the SanDisk card users had their 128GB MicroSD cards melted while inside the Nintendo Switch. 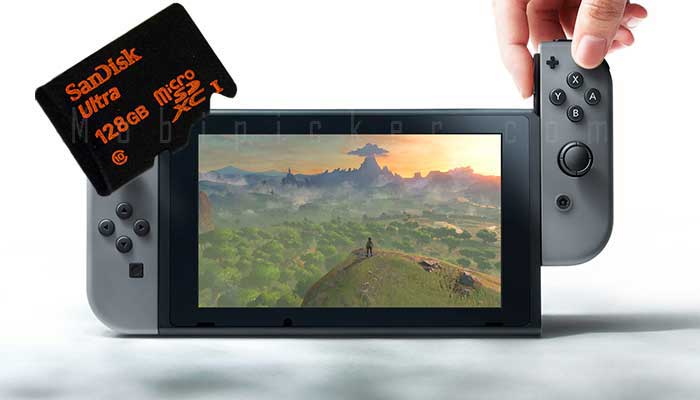 PvPLive reports such incident where a user inserted his SanDisk MicroSD card into the Nintendo Switch console. The Card melted down after some time. Following is one such Instance of the incident

I just put my @SanDisk 128GB MicroSD inside the Switch, and it got so hot it melted! Burnt my finger and left my fingerprint on the plastic! pic.twitter.com/s1B0HakkCj

Later on, this User removed the tweet because he thought that the tweet had become a news and more and more people were getting it wrong.

There have also been some incidents of SanDisk MicroSD cards melting inside the other electronics. Another instance of a similar instance made it’s way to the Amazon where a user J. Fincher said that a SandDisk Ultra 256GB MicroSD card melted inside his Laptop and Shorted out his GoPro. He further stated that

“My GoPro said ‘SD Error’ and kept shutting down. So, took the card out of my GoPro, and put it into SanDisk adapter, and inserted it into my laptop to try to format it. Suddenly curls of smoke rose up from my laptop’s SD card port and I smelled burning plastic, so I pulled the card out, and found this. It was super hot, and there’s possibility it might have caught fire if I’d left it in the laptop for longer”

The SanDisk Help Center website has a Section for complaints about the damaged MicroSD cards. This section only responds to SD Cards that stop working on Androids. They still haven’t started out the services for Nintendo Switch consoles.

There are only reports about the 128GB MicroSD card by SanDisk so far. In the case of the laptop, there was a 68Gb SanDisk MicroSD card used. It melted down and caused problems for the GoPro. It still unclear that whether this particular version/model of the card is problematic while using with Switch or there are other causing problems too.

Another Reddit user posted that “PSA: SanDisk 128GB MicroSD Cards’ll fry in your switch. Actually, they seem to be frying in everything…”

This instance of the card’s burning phenomenon was caused by an older version of the 128GB SanDisk Card. So, it’s possible that this issue is only with the cards that are a bit old. It might also be possible when the Nintendo Switch is in Docked Mode, it heats up a bit more than when it’s not docked.

There is no clarification on the matter yet and none of the partaking companies have worked it out. If there are any further developments regarding the card melting issue, we’ll definitely let you know.