A new Nintendo Switch TV Dock has been introduced by a manufacturer named as Nyko. The new TV Dock is said to be half in price as compared to official one and is much smaller. The smaller size of the TV Dock makes it more portable and convenient. 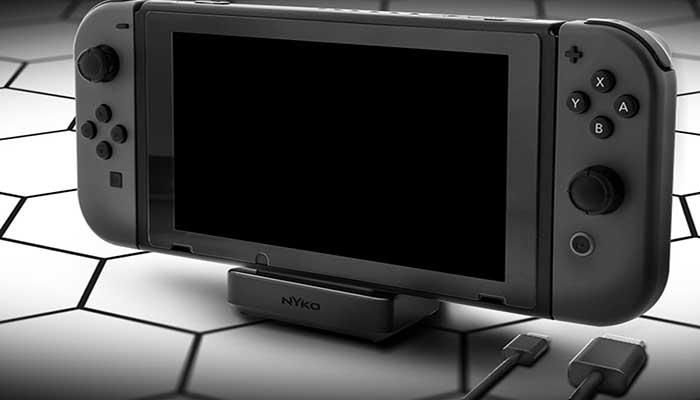 Nyko’s portable Nintendo Switch TV Dock will be available for only $44.99 after it goes on sale later this year. Based on what details we have at the moment, the new TV Dock offers ports for HDMI, AC Adapter, and lets you connect your Switch easily to the TV.

In fact, the new portable Nintendo Switch TV Dock is compact and lets you connect your Switch console easily to the Tv without the worries of carrying the original TV Dock everywhere. It is powered by a USB Type-C AC Adapter and it keeps on charging while you keep playing games on the TV. Unfortunately, like the official Nintendo Switch TV Dock, Nyko’s Dock doesn’t come with an HDMI cable. This means that you’ll have to buy an HDMI cable as well.

The manufacturer has plans to only releasing the TV Dock in America initially. According to Nyko, they will reveal more information after the successful release in America. Hopefully, the new portable TV Dock will become available in other regions as well soon.

This new Nintendo Switch portable TV Dock will also be solving the major Screen Scratching issue as it is so small and doesn’t cover the screen at all. Instead it lets you Dock the Nintendo Swith on top of it without any hassles. This special feature can ultimately make this console Dock one of the best ones. Let’s see what fans will say after using it.

In addition, Nyko recently revealed their new Power Shell Case for Nintendo Switch at the E3 as well. The case by Nyko has a hard outer shell and is very light as compared to other currently in market. It allows the fans to carry at least 16 games along with the Nintendo Switch consoles and enjoy gaming on the go.

The Power Shell Case features a 6000 mAh battery. It keeps on charging your console and works also as a portable external battery. This, in turn, doubles up Nintendo Switch’s battery life.

The New Nintendo Switch TV Dock is scheduled to release on June 23rd, 2017.