You are a fan of Nintendo Switch but you are a kid who can’t own One, or you can’t simply afford it, Nintendo has just unveiled the new Nintendo 2DS XL for you. It’s a relatively cheap handheld and a portable little device that’s slightly less expensive than the new Nintendo 3DS XL. It’s set to be available for purchase on July 28th, 2017. 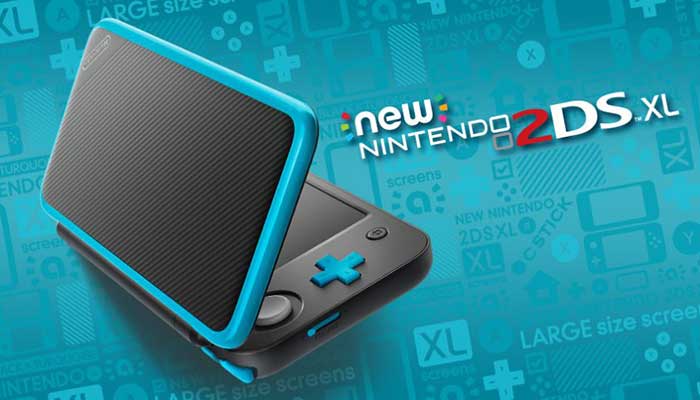 The new 2DS XL features the similarly upgraded hardware as the Nintendo 3DS XL. This simply means that it can handle more advanced and technically challenging games such as Xenoblade Chronicles 3D. However, it doesn’t support the 3D Glasses-free functionality feature. It was the handhelds previous biggest and best selling point at the launch but Nintendo ditched it for good. It offers the more favorable and traditional clamshell design and also ditches the robust wedgy one.

In addition, the 2D XL offers a number of tweaks in design as well. The front facing camera is relocated to the hinge, corners are now curved. It looks more like the 3DS XL, to be honest, and packs the same power as well. All the US fans will be able to get it in a Black and Turquoise color. However, for the UK and And Japanese fans, the 2D XL is available in Black, Turquoise, White and Orange colors.

The new 2D XL will sell for a price of $150 in the US. However, there is currently no price set for the UK. The 3D XL is currently selling for $200 in the US and £170 in the UK. This simply means that the 2DS XL is a more budget device with almost similar specs to the 3DS XL. 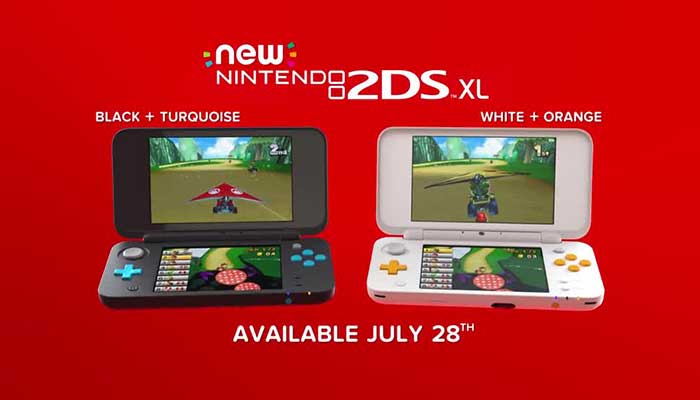 The good news doesn’t end here for all the fans. It is also now known that the new 2DS Xl will launch alongside three new games. The three highly anticipated games are Hey! Pikmin, Mitopia, and Dr. Kawashima’s Devilish Brain Training. Hey! Pikmin is a beautiful 2D side-scroller, Myopia is a fantastic Mini-RPG, and Dr. Kawashima’s Devilish Brain Training is a robust Puzzle game.

The recent reveal of the new 2D XL follows comments from Nintendo from an event earlier this year. Nintendo commented that the 2D XL will continue to support 3DS for the foreseeable future. This comment was made despite knowing the fact that Nintendo Switch also offers handheld capabilities. Furthermore, if we take a closer look at what the new 2D XL is going to offer and what it’s capable of, this is a very bold step taken by Nintendo. Nintendo is targeting much younger audience and the ones who can’t afford the Nintendo Switch, for the 2D XL.

Based on the demand for Nintendo consoles these days, and the portability needs, plus the power 2D XL offers, it sure is going to get a good audience and will definitely outsell the 3DS XL.