MobiPicker
News Camera Nikon KeyMission 360, 170, 80 Action Cameras Officially Announced
Share on Facebook
Tweet on Twitter
Deal Alert: 49% Off on ExpressVPN
Touted as #1 VPN in the world, ExpressVPN is now offering 49% off & an additional 3-months of service on its annual plans.

“The KeyMission series introduces amazing new tools for everyday storytellers eager to find and pursue their personal missions while sharing their loves with the world. History is full of stories told from behind the camera – the KeyMission 360, KeyMission 170 and KeyMission 80 will challenge tradition and invite users to embark on a journey to share their missions from entirely new, immersive perspectives,” said Kosuke Kawaura, Director of Marketing and Planning, Nikon Inc.

The Nikon KeyMission 360 is perfect action camera that allows you to capture your adventures in entirety. It can capture true 360 degree videos in 4K UHD at 24p [3840 x 2160]1 or Full HD (1080p). The camera features two 20-megapixel CMOS sensors and two f/2.0 lenses. It can capture 30-megapixel still images. 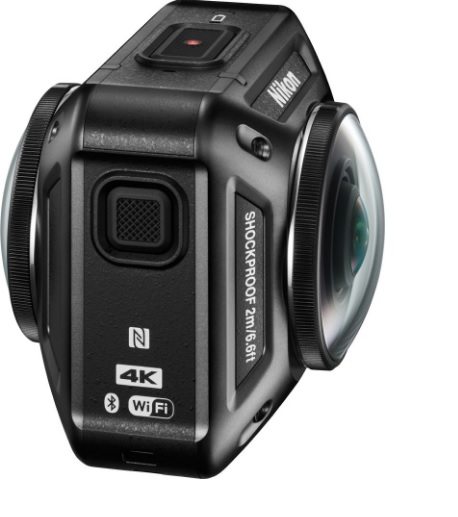 The camera comes with are a variety of accessories and mounting solutions including a Base Mount Adapter, two Base Mounts, Silicone Jacket for added grip and protection, two lens protectors and a cardboard-style head mounted display. It is also compatible with an optional remote control. 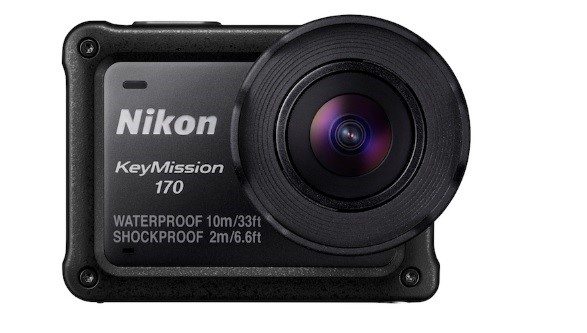 The Nikon KeyMission 170 allows users to tell stories from an individual’s point of view. IIt can be easily attached to a surfboard or a bike to capture your adventures and journeys. The new camera features an 8.3-megapixel CMOS sensor and a f/2.8 lens with a super-wide 170-degree angle-of-view. It can capture 4K UHD or 1080p Full HD videos. It comes with in-camera Electronic Vibration Reduction (VR) (1080p HD) to minimize camera shake. It can also capture high-quality still images. 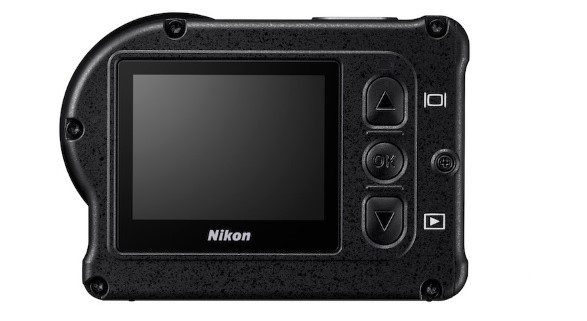 The compact KeyMission 170 is waterproof (33 ft.), shockproof (6.6 ft.) and freezeproof (14° F) without a housing. It also features a rear LCD display. Camera features include Highlight Tagging [to create a highlight reel montage], slow motion movies, Time-Lapse and Loop Recording. It also works with Nikon SnapBridge 360/170 and KeyMission 360/170 Utility program. An optional Waterproof Housing is available that can extend underwater performance to 131 ft. It also comes with an optional remote control. 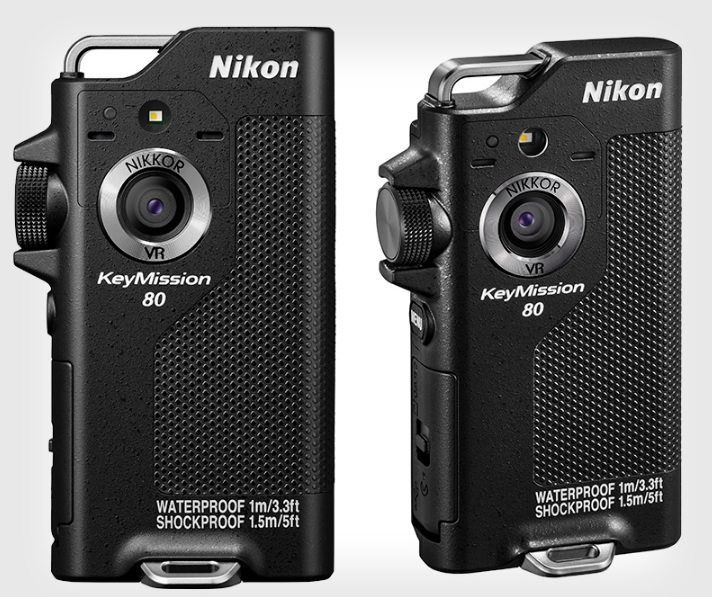 The Nikon KeyMission 80 is Waterproof (3.2 ft.), shockproof (6 ft.) and freezeproof (14° F). It also features a 1.75-inch touch LCD display. You can use Nikon’s SnapBridge app for easy sharing via Bluetooth5 or Wi-Fi.

For more information on these new Nikon products and pricing for optional accessories, please visit www.nikonusa.com. 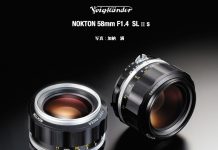