Just two days back, Motorola has announced Moto G3, Moto X Style (aka Moto X Pure Edition for US), and the Moto X Play. But when saying the Moto X Play won’t be released in the USA, Motorola did say that “more options” for US customers will be around sometime later this year – which probably means that new Droids are coming. 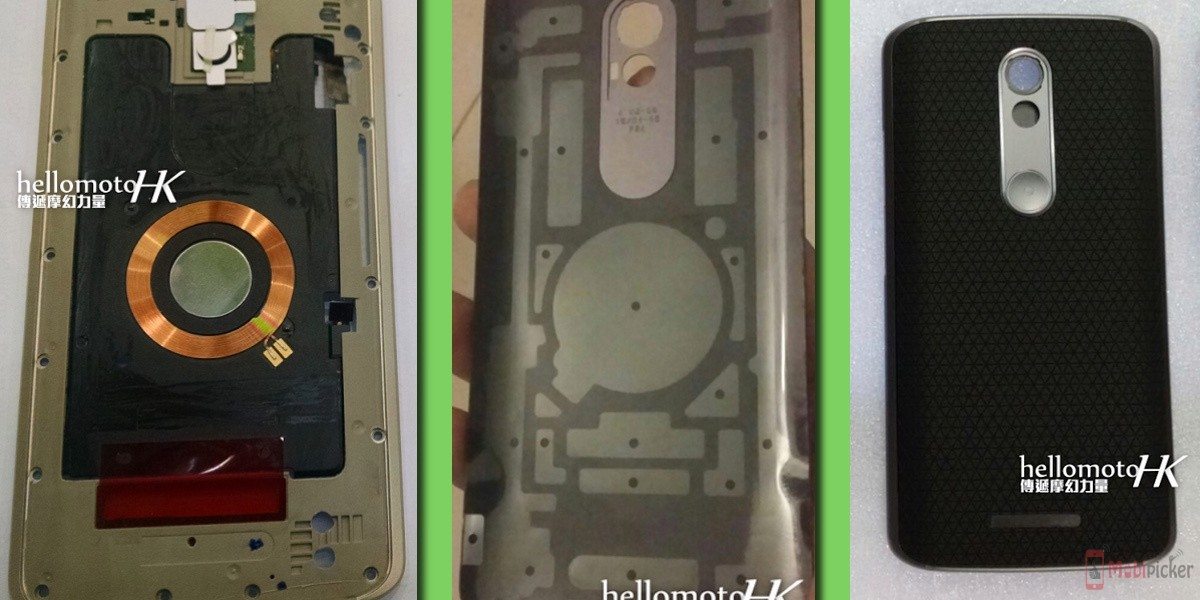 We saw a rear panel that purportedly belongs to a fresh Motorola Droid, and it is time to have a look at two new pictures that supposedly reveal the back chassis of the exact same coming Droid. Like the past year’s Droid Turbo, the fresh version appears to be featuring wireless charging technology. Sadly, for now, that is all we know in regards to the approaching Droid.

It is also not known when the new Motorola Droid is going to be declared. Regardless, just like all previous versions, Verizon in the US should only sells the handset.